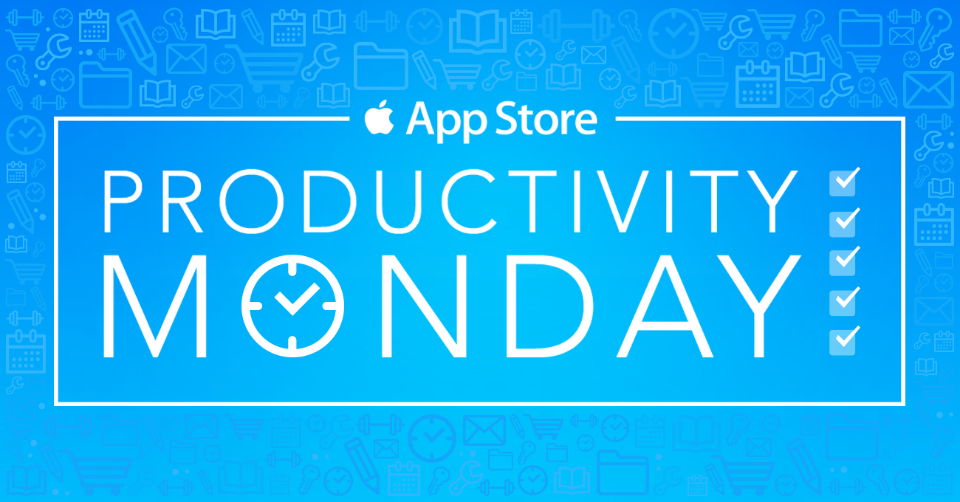 Like any given Monday, Apple’s App Store editors today highlighted iPhone and iPad applications aimed at increasing your productivity by helping you get organized and keep pace with your busy life.

In this week’s edition of Productivity Monday, the App Store team is sharpening its focus on apps which help make the most out of iOS by automating the things that don’t need your expertise, so you can spend your time wisely.

Here’s a quick rundown of each featured app.

Apple highlights the followings apps: IFTT, a powerful cross-platform automation tool that “puts the Internet to work for you”; Launch Center Pro by Contrast for setting up shortcuts for common iOS actions like launching apps, sending messages and more; and finally TextExpander by Smile to create keyboard shortcuts for lengthy words/phrases.

You can open Productivity Monday in desktop iTunes, or via the App Store app, by following this iTunes link on your device.

Here’s a quick description of each app.

IFTTT [Free, Universal] – An acronym for If This Then That, this tool and the accompanied web app allows you to couple notifications and other built-in iOS features to popular web services like Facebook, Flickr, Twitter, Instagram and others. Use it to create so-called recipes to, say, update your profile picture on social services when your Facebook profile photo changes, trigger actions based on your location, turn off your Philips Hue smart bulbs when you leave home and more. IFTT for iPhone and iPad is free. 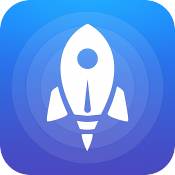 Launch Center Pro [$2.99 iPhone/iPad] – Featuring IFTTT integration and built-in support for popular third-party service like Google, Yelp, Twitter, Facebook and Instagram, and stock iOS apps such as Mail, Safari, Phone, FaceTime and more, this app saves you time by launching complex actions in a single tap. Launch Center Pro for iPhone and iPad is currently 40 percent off so you can grab it for just three bucks each, for a limited time.

TextExpander touch [$4.99, Universal] – With TextExpander touch, you can type faster on your iPhone, iPad or iPod touch by using short abbreviations that auto-expand into long snippets. Also available for the Mac (here’s how to make TextExpander work on Mavericks) and with more than 60 popular iOS apps incorporating TextExpander touch integration, this handy tool by Smile will come to the rescue if iOS’s text shortcuts are lacking for you.

As a bonus, the app supports Fleksy keyboard and syncs your shortcuts between iOS and OS X. TextExpander touch for iPhone and iPad is $4.99.

Each of the aforementioned apps is a no-brainer in its own right, and even more so if you’re serious about iOS automation. I am not, simply because I don’t have the time to fiddle with URL schemes, scripts and what not.

No matter if you’re new to iOS automation or a power user, learning how to chain different apps together to perform complex tasks isn’t as trivial as it sounds.

Enter Federico Viticci who runs MacStories, home to arguably the most comprehensive resource on iOS automation on the Internet. That should be a great starting point to educate yourself about the matter.

If I had to add an app to Apple’s list, I’d wholeheartedly recommend giving Editorial by Ole Zorn — pictured below — a whirl. 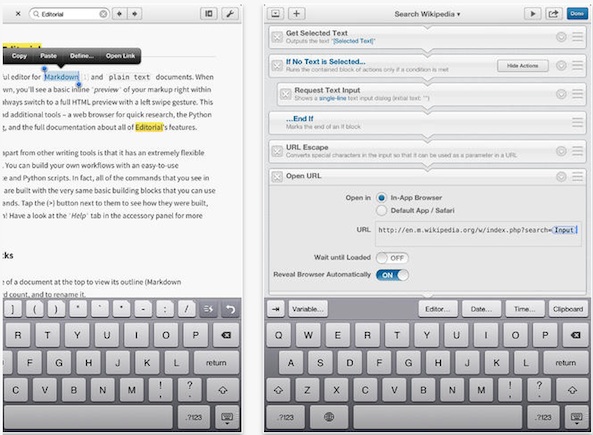 Not only is Editorial a capable plain text editor that lets you use your iPad to create and format blog posts, guides and documents in Markdown and with inline preview, it’s also a powerful automation tool that acts as a glue binding different apps together.

If you’re interested, Editorial for iPad is $6.99 in the App Store.

And while we’re at it, do make sure to check out Viticci’s remarkable review of Editorial which happens to be one of the longest longform write-ups you’ll read online.

Are you into iOS automation and if so, which apps are your favorite go-to tools for automating iOS?