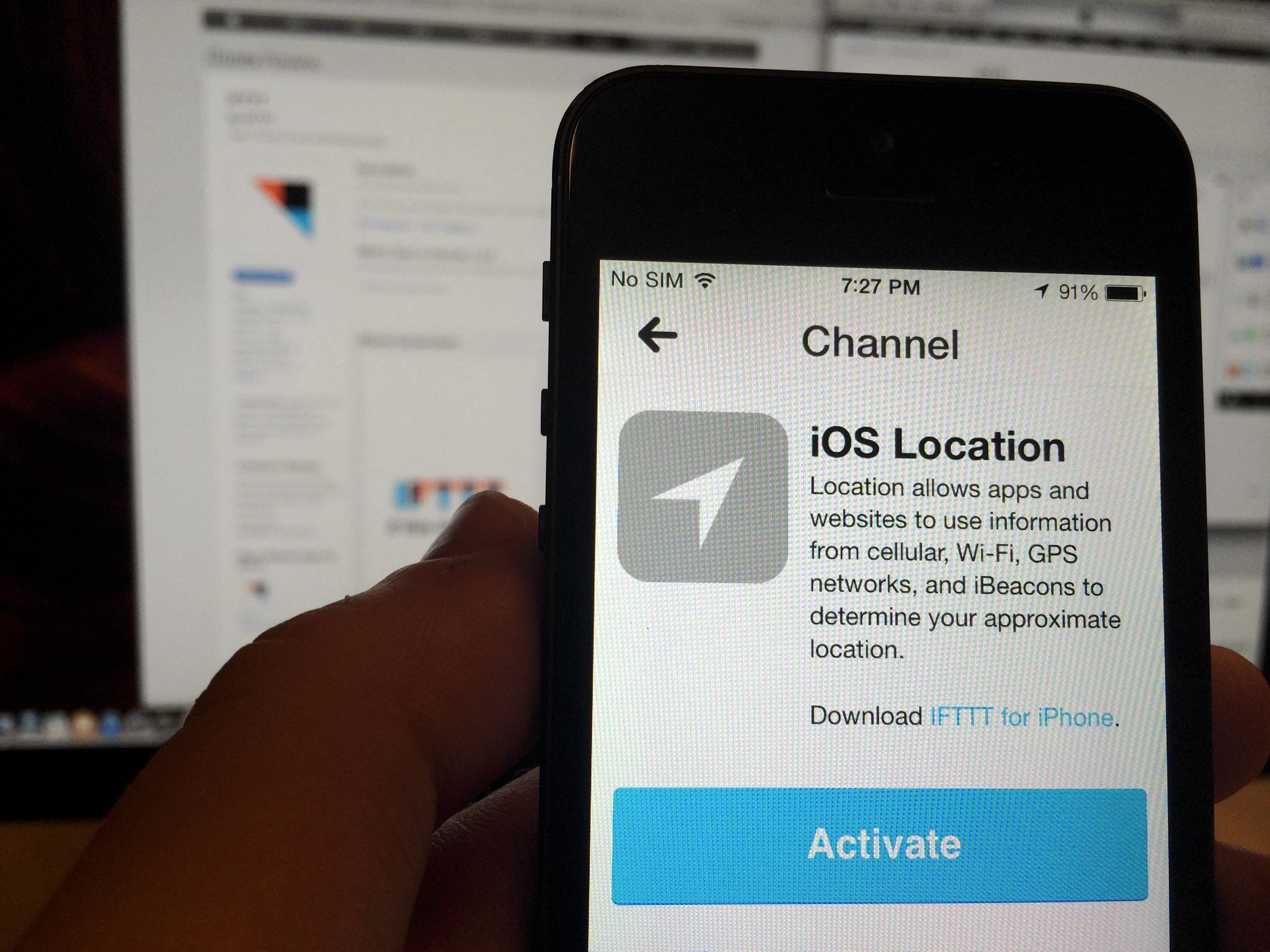 The increasingly popular iPhone automation app, IFTT, (stands for IF This Then That) has received a notable little update today which enables iOS Location Recipes, allowing you to build recipes that trigger various actions based on your device’s GPS location.

The new iOS Location channel was created to allow apps and websites to use information from cellular, Wi-Fi and GPS networks, in addition to iBeacons, to determine your approximate location. This opens up some interesting and really useful possibilities.

For instance, you could program IFTTT to turn off lights when you get home, via the built-in support for the Philips Hue smart light bulb. Or, why not automate social announcements when you’re at a not-to-be-missed party? And how about simply notifying your family about your whereabouts as you move about the day?

Like with other IFTTT Recipes, possibilities are virtually endless and only limited by your imagination. Before taking advantage of the iOS Location channel, you’ll first need to approve it either within the app or at the IFTTT website.

Enabling the iOS Location channel also approves the app to use the iOS 7 Background App Refresh feature and of course adds it as an item in Settings > Privacy > Location Services. 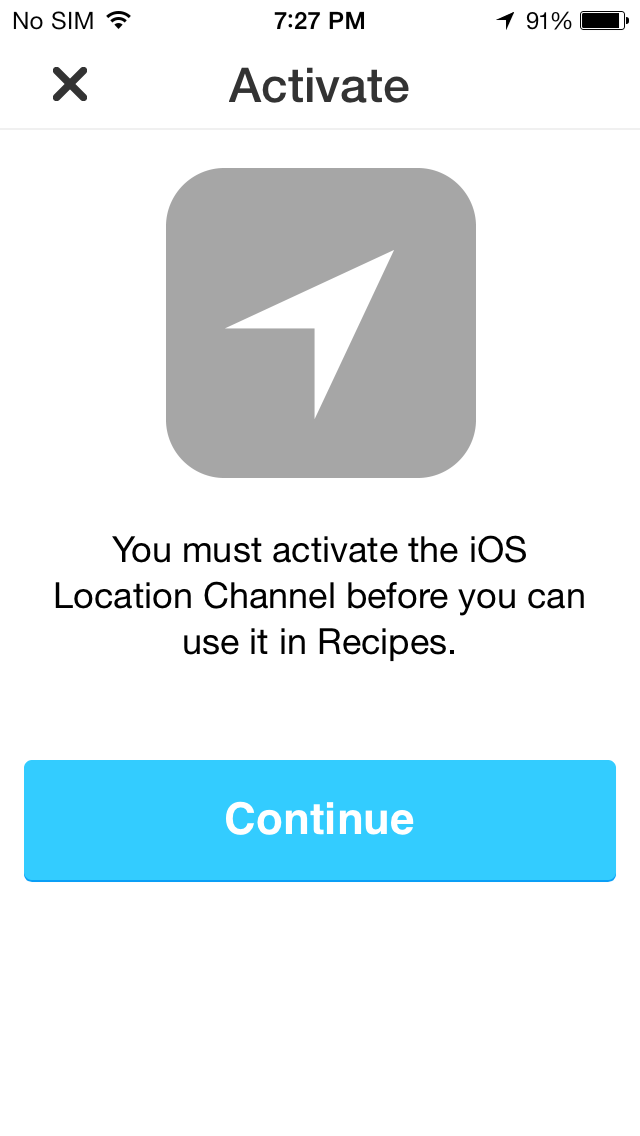 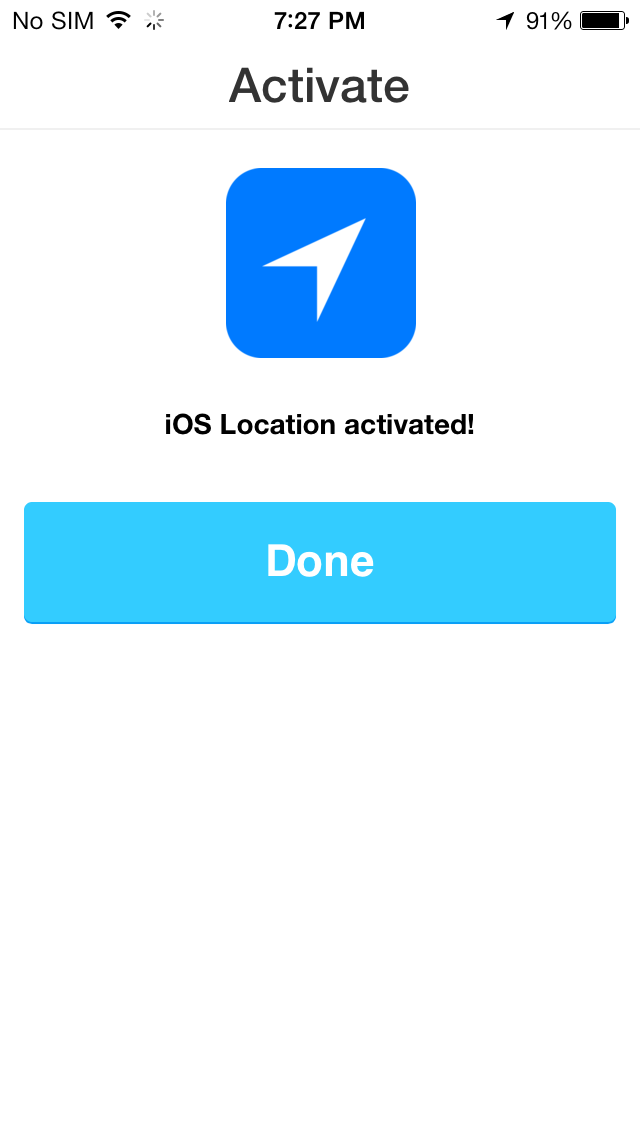 Once that’s taken care of, you can start using location triggers with some of your favorite channels, including Facebook, Twitter, Instagram, Foursquare and others. These social sources have been updated to support location, allowing you to create triggers based on, for example, when you check-in on Foursquare in an area or when Instagram photos are taken at a given location.

When creating a recipe which uses location, you can choose to make it trigger on entrance, on exit or both. The geofencing area is defined on a map where you can specify the size of the trigger’s radius. 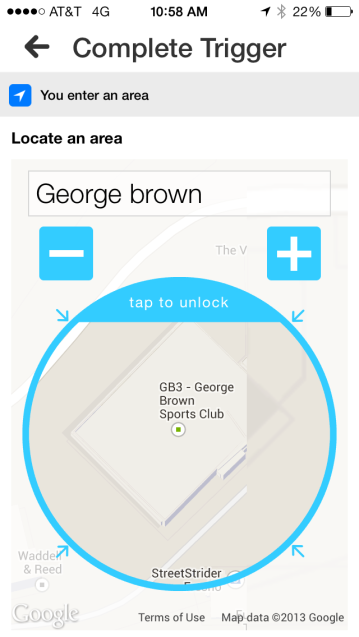 As you can see on the screenshots below, Location Triggers can be really powerful. Why not DM Mom when you’re nearly home for dinner, for example? Or, you could tell IFTTT to email you a map of the subway when your arrive at a certain location. 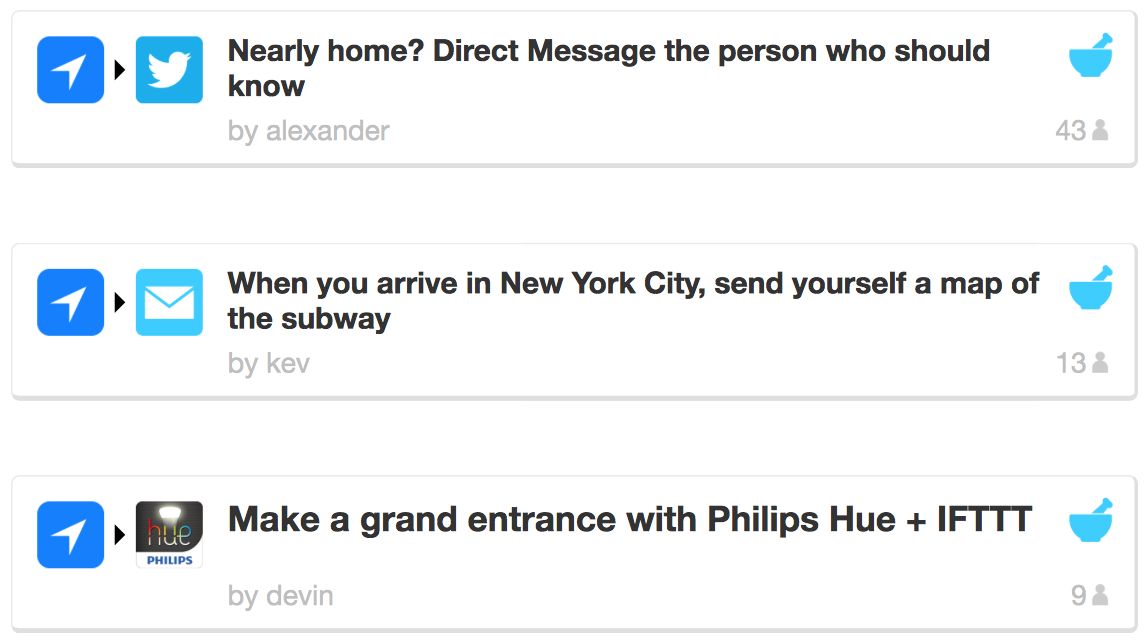 IFTTT could also text you when a friend is in the neighborhood – perfect for stalking!

You can program IFTTT to do just about anything based on your geographical location, especially with support for automated posting from Facebook, Foursquare and Twitter based on geofencing. And if you’re an Instagram user, you could tell IFTTT to collect all Instagrams taken at a specific area – perfect for weddings and sporting events.

I wish IFTTT supported a GET request action for web services, which could plug the service into all kinds of web apps to open up a whole new world of possibilities. 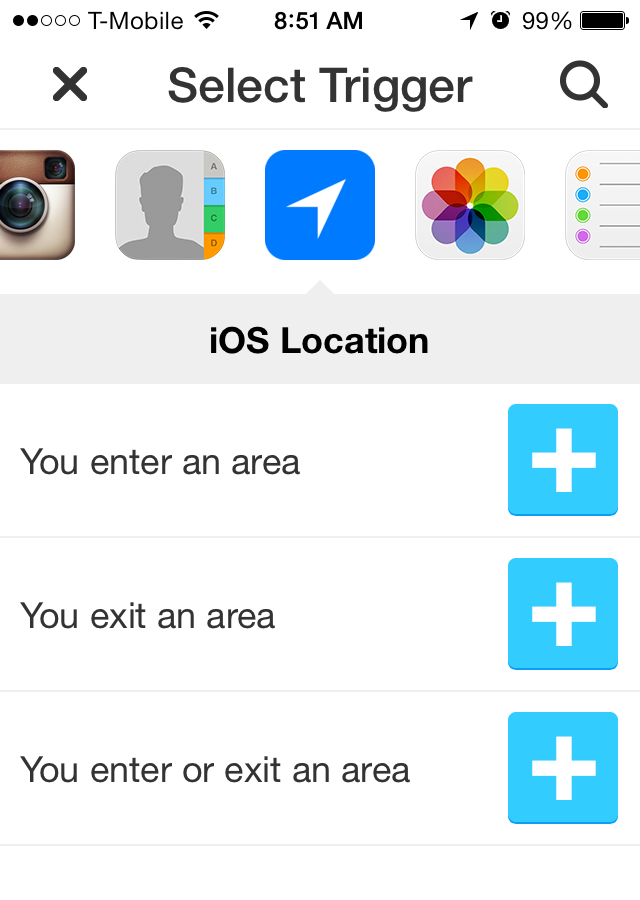 Matthew Panzarino of TechCrunch chatted with IFTTT CEO Linden Tibbets and Director of Mobile Devin Foley about the updates, with the two sharing nice Recipe ideas:

Foley mentions that he set up a ‘dance party’ recipe to trigger his Phillips Hue lights to color cycle when he gets close to his house, a fun way to let his son know that dad is home.

Tibbets notes a recent wedding that he attended where he set up an area alert that pulled in all public Instagram photos shot during the event and dropped them into his Dropbox — creating a photographic archive of the event that he could then share with the group.

Location will be built into more channels over time.

More importantly, an Android version is being in the works and likely arriving early next year, the two men added. According to The Next Web, users have created a whopping seven million IFTTT Recipes, with six to eight million triggers going off on a daily basis.

Last but not least, the team is working on an IFTTT developer platform, due next year, that will make it possible to integrate with “anything that will connect over the Internet”.

In addition to the new iOS Location Recipes and bug fixes, IFTTT 1.3 lets you connect your profile to social accounts (useful for hassle-free updating of your IFTTT account information), favorite Recipes (tap the heart icon on any Recipe page), search for Channels by name and search through your own or community Recipes.

Search couldn’t have come sooner as scrolling through the increasingly growing list of Recipes and Channels gets old fast.

The download comes in at 17.1MB and requires an iOS 6.0 device or later, though the app unfortunately doesn’t have the native iPad interface, yet.