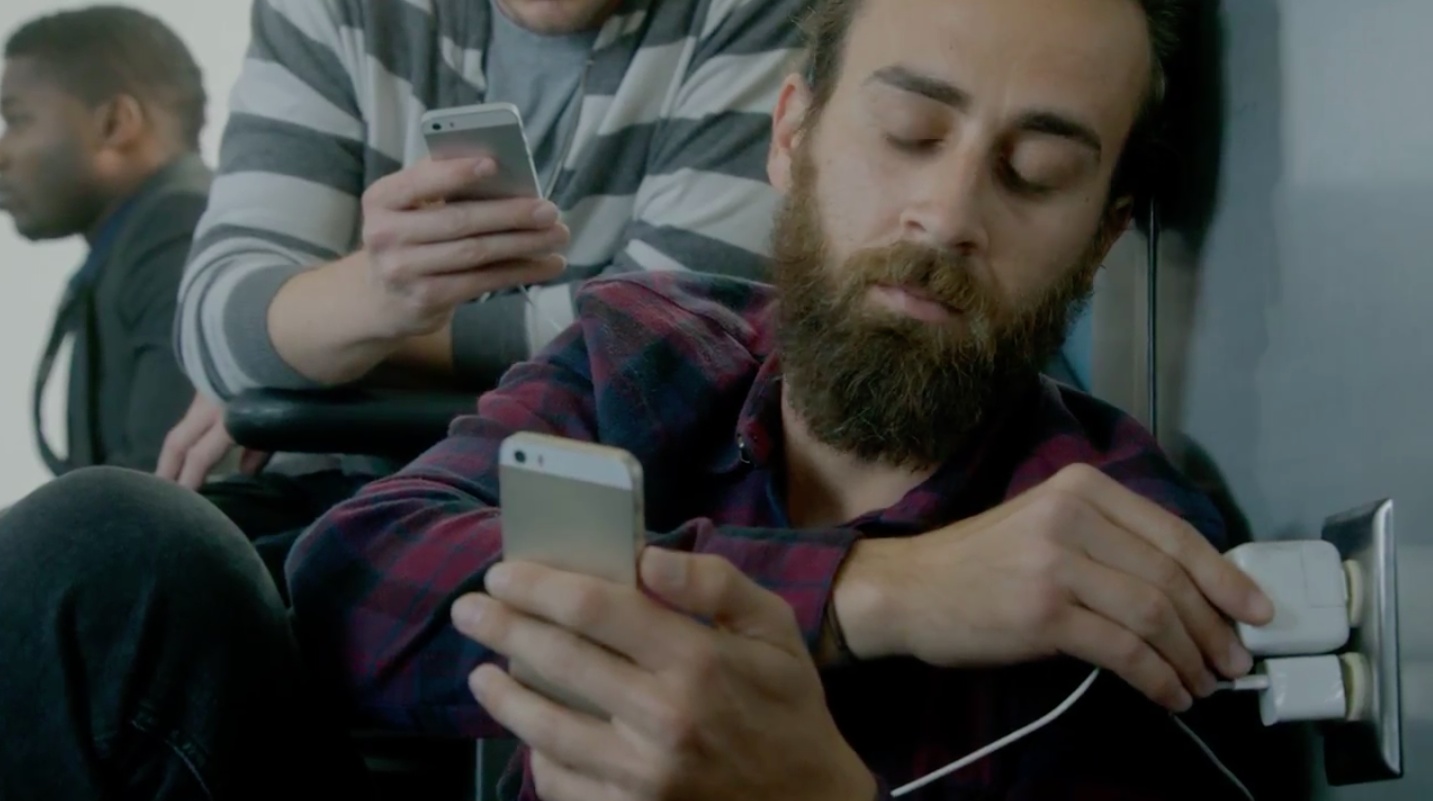 Samsung’s much-talked-about anti-iPhone campaign dubbed ‘Wall Huggers’ is expanding to select airports, which are among the most trafficked public spots and traditionally the domain of iPhone and MacBook-toting users.

As reported by CNET, Samsung is now trolling iPhone users around power outlets at select airports.

Samsung tells me that these angst-inducing ads will be gracing John F. Kennedy International Airport in New York, , as well as Chicago’s O’Hare and Midway airports. They may also appear at other airports.

And here’s Samsung’s poster, taken by MacRumors reader Harrison Weinerman in Terminal C at the Newark airport in New Jersey on August 10. 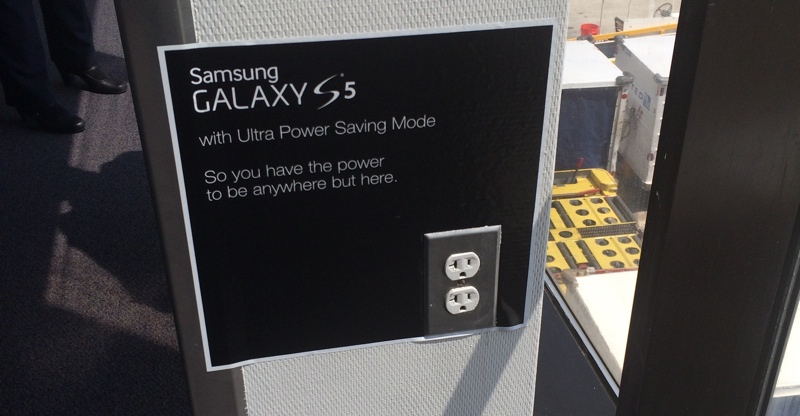 The iPhone can certainly be bashed for its sub-par battery performance, sub-par relative to jumbo-sized Android handsets that have much stronger batteries.

Perhaps unsurprisingly, an internal research told Apple that early iPhone 5 adopters wanted, first and foremost, a longer-lasting battery. Many other surveys have since corroborated the notion.

For example, a survey of 1,000 smartphone users conducted by uSell.com and publicized earlier today by BGR has reiterated that a stronger battery life is what iPhone users seem to be craving more than anything else.

Specifically, 37 percent of respondents (nearly four out of each ten people) wanted an improved iPhone battery versus just 19 percent who said they wanted the iPhone to get a bigger display.

And, in our own little non-scientific poll focused on the stronger battery vs. bigger screen dilemma, the vast majority of respondents opted for a longer-lasting battery.

Are you a wall hugger?

Does your iPhone last through the day or do you need to carry an external battery pack around with you?