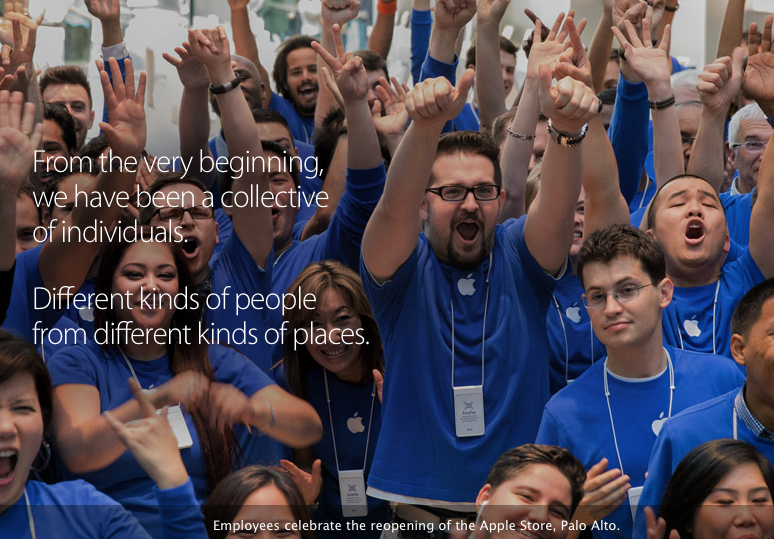 As promised, Apple has released a report on the diversity of its workforce today. The iPad maker is the latest tech firm to post such data in response to the growing debate on whether or not women and minorities are underrepresented in Silicon Valley.

Accompanying Apple’s report is a letter from Tim Cook, who says he’s not happy with the numbers, but says the company is making progress. Of its employees here in the US, 55% are white, and around the world, 7 out of every 10 of its employees are male…

Here’s a breakdown of all the numbers: 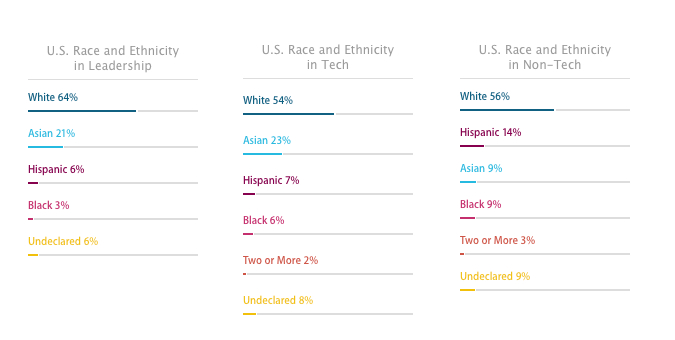 And here’s an excerpt from Cook’s letter:

At Apple, our 98,000 employees share a passion for products that change people’s lives, and from the very earliest days we have known that diversity is critical to our success. We believe deeply that inclusion inspires innovation.

Our definition of diversity goes far beyond the traditional categories of race, gender, and ethnicity. It includes personal qualities that usually go unmeasured, like sexual orientation, veteran status, and disabilities. Who we are, where we come from, and what we’ve experienced influence the way we perceive issues and solve problems. We believe in celebrating that diversity and investing in it.

Apple is committed to transparency, which is why we are publishing statistics about the race and gender makeup of our company. Let me say up front: As CEO, I’m not satisfied with the numbers on this page. They’re not new to us, and we’ve been working hard for quite some time to improve them. We are making progress, and we’re committed to being as innovative in advancing diversity as we are in developing our products.

Cook has been very vocal on the topic of diversity, and has added several woman to Apple’s upper ranks including EPA administrator Lisa Jackson, Burberry CEO Angela Ahrendts, who is now SVP of retail, and Sue Wagner, the company’s latest board member.

Here’s a video Apple just posted to its YouTube page on diversity, which is narrated by Denise Young-Smith, who Tim Cook recently appointed as his VP of Human Resources:

Cook wraps up the letter by saying “All around the world, our team at Apple is united in the belief that being different makes us better.Together, we are committed to diversity within our company and the advancement of equality and human rights everywhere.”