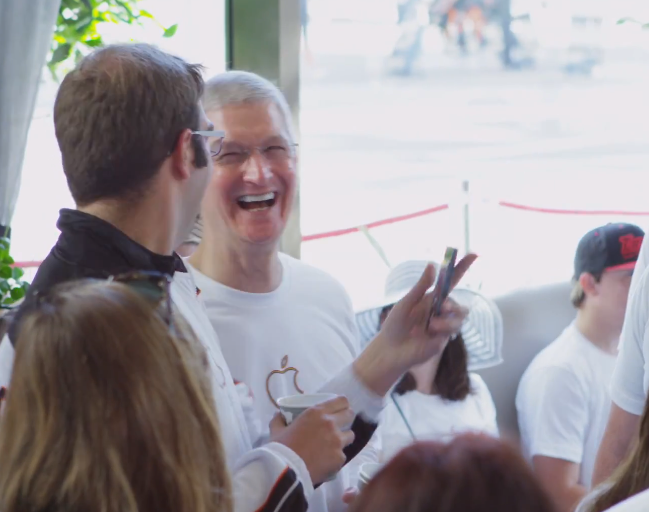 At the end of June, San Francisco held its 44th annual Pride parade where people from all around the world marched to show their support of the LGBT community. Several tech companies, including Apple, participated in the event.

CEO Tim Cook, Environment Director Lisa Jackson and thousands of other employees were in attendance, and Apple tonight posted a video of the parade. Dubbed ‘Pride,’ the clip celebrates the iPad-maker’s commitment to equality…

And here’s the accompanying text:

On June 29, thousands of Apple employees and their families marched in the San Francisco Pride Parade. They came from around the world — from cities as far as Munich, Paris, and Hong Kong — to celebrate Apple’s unwavering commitment to equality and diversity. Because we believe that inclusion inspires innovation.

Apple has long stood [publicly] against inequality. It showed strong support for the Employment Non-Discrimination Act, and applauded last year’s Supreme Court ruling which overturned the Defense of Marriage Act (DOMA) of 1996.