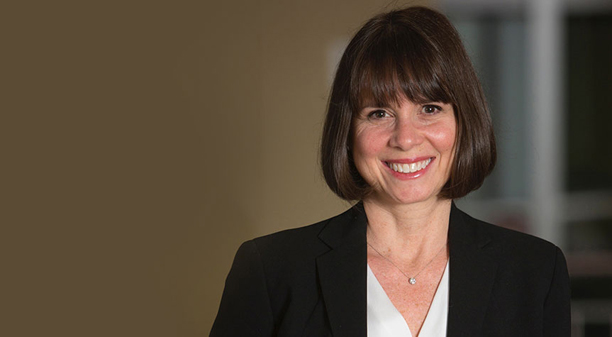 Apple announced this afternoon that Susan Wagner, a founding parter of asset-managment firm BlackRock, has been elected to its board of directors. She is considered a pioneer in the financial industry, and has been named one of Fortune Magazine’s 50 Most Powerful Women in Business.

Wagner joins the Cupertino company’s board as long-time member Bill Campbell has decided to leave it. Alongside Sue’s appointment, Apple also announced today that Bill Wagner, who has been on the Mac-maker’s board of directors for 17 years (longest serving member), is retiring this year…

Apple today announced that Susan L. Wagner, founding partner and director of BlackRock, has been elected to Apple’s board of directors. Bill Campbell, the board’s longest-serving member, is retiring after 17 years of service. “I have always admired Apple for its innovative products and dynamic leadership team, and I’m honored to be joining their board”

Wagner co-founded BlackRock in 1988 and helped it become one of the world’s most successful asset-management companies, holding a range of leadership positions including vice chairman until mid-2012. She continues to serve on the boards of BlackRock and DSP BlackRock (India), as well as Swiss Re, Wellesley College and Hackley School.

And here are comments from Tim Cook and Apple board member Art Levinson:

“Sue is a pioneer in the financial industry and we are excited to welcome her to Apple’s board of directors,” said Tim Cook, Apple’s CEO. “We believe her strong experience, especially in M&A and building a global business across both developed and emerging markets, will be extremely valuable as Apple continues to grow around the world.”

“We conducted an exhaustive search for someone who would further strengthen our board’s breadth of talent and background, and we are delighted to have identified such an outstanding individual,” said Art Levinson, Apple’s chairman. “I’m confident that Sue is going to make an important and positive impact on our company.”

Bill Campbell has been with Apple since 1983, when he joined the company as VP of Marketing. Next to Apple co-foudners Steve Jobs and Mike Markkula, Campbell is the longest-serving board member in the company’s history. Here are some comments from Tim Cook on Campbell’s decision to retire:

“Bill’s contributions to Apple are immeasurable and we owe him a huge debt of gratitude. On behalf of the board and the entire company, I want to thank him for being a leader, a mentor and a friend,” said Cook. “When Bill joined Apple’s board, the company was on the brink of collapse. He not only helped Apple survive, but he’s led us to a level of success that was simply unimaginable back in 1997.”

“Over the past 17 years, it’s been exciting to watch history unfold as Apple emerged as the premier technology company in the world. Working with Steve and Tim has been a joy,” said Campbell. He also adds that “the company today is in the best shape that I have seen it,” a fairly significant statement.

Wagner’s appointment should appease critics, who have in the past panned Apple for a lack of diversity in its leadership. Much of the company’s board and executive teams are dominated by white males, with only two females—board member Andrea Jung and retail SVP Angela Ahrendts—before today.