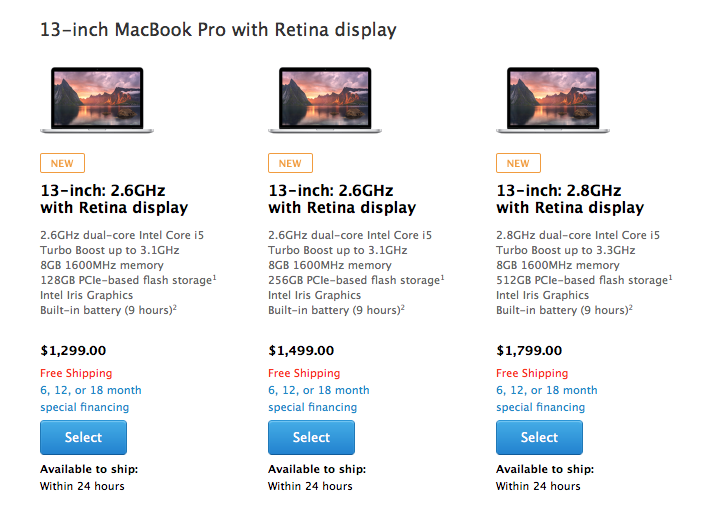 As expected, Apple has refreshed its family of MacBook Pro with Retina display laptops this morning. The updates add faster processors and more memory, and come just after the launch of the company’s annual back-to-school promotion.

There are three new 13-inch models and two new 15-inch notebooks, all of which have received the latest versions of Intel’s i5 and i7 Haswell processors. In terms of additional memory, Apple has doubled the entry-level RAM for both lines… 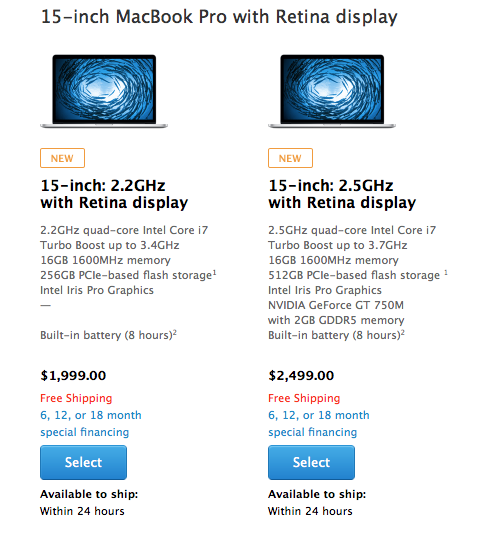 Today’s refresh comes a few months ahead of the expected release for Mac OS X Yosemite, the next major version of Mac OS. The update is currently in beta, and is expected to be available to the public in October as a free download for Mac owners.

You can find the new MacBook Pros here.