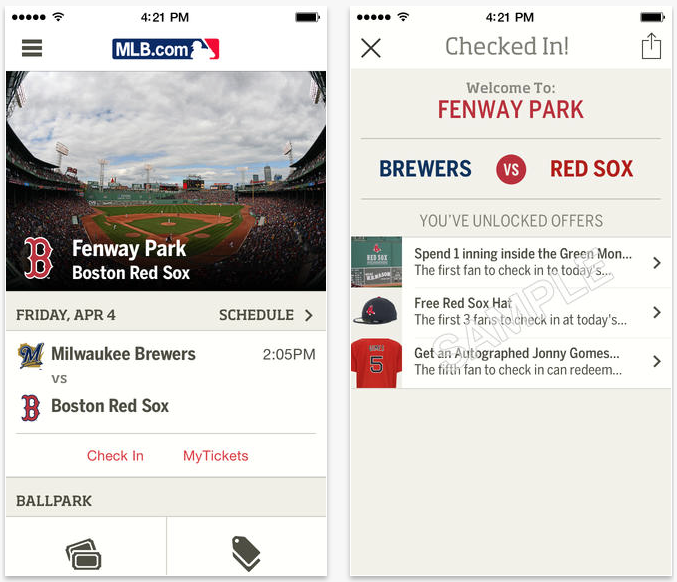 Earlier this year, Major League Baseball pledged to have twenty ballparks outfitted with iBeacons by Opening Day as part of its initial rollout phase. And it did. Stadiums in Boston, San Diego, L.A. and many more cities now feature the tech.

Today, TechCrunch is reporting that the MLB is now entering the second phase of the initiative. And apparently it’s planning to debut a special project at the 2014 All-Star Game, which is slated for July 15 at Target Field, Minneapolis, Minnesota…

Now, the project is entering phase two, with a debut project at this year’s All-Star Game at Target Field that uses iBeacons combined with in-park attractions to offer additional content and interactive features to the exhibits via their devices.

There are nine separate attractions in Target Field that users of the updated At the Ballpark app can access, and MLB plans to roll out more iBeacons to additional ballparks over the coming year. The new phase also works in Apple’s favor, demonstrating to potential iBeacon users what other kinds of functionality besides simple check-ins that the hyperlocal transmitters can enable for in-person customers and visitors. This attraction roll out seems like a prime example of how museums might be able to employ iBeacon tech, for instance.

Apple first introduced its iBeacon technology at WWDC in 2013. The tech enables organizations and retailers to push out data to mobile devices based on their location, and it has already been implemented in various retail and grocery chains.

In addition to the new iBeacon features, Major League Baseball has also introduced updates to its At Bat and At the Ballpark apps in preparation for the upcoming All-Star weekend. We’ve listed both change logs below, starting with the At Bat app.

And here’s the change log for At the Ballpark: