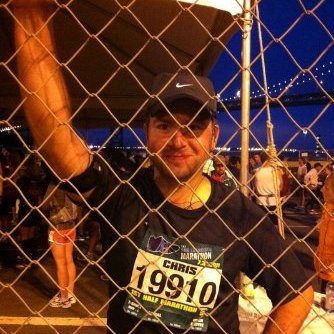 Apple’s senior engineering manager with the Maps team is leaving the company for Uber, the popular ride-sharing service founded in 2009.

Chris Blumenberg, who long worked on Maps for iOS and OS X and managed Apple’s Maps Apps and Frameworks teams, will be taking a position at Uber, according to a report by The Information.

The departure comes as Apple appears to be ramping up hiring to overhaul the Maps backend.

More importantly, this development reaches us amid talk of internal politics, personal issues and managerial incompetencies allegedly causing significant Maps delays, as evidenced by the lack of major iOS 8 Maps announcements at WWDC…

From The Information report by Jessica Lessin, behind a paywall:

Uber has poached Chris Blumenberg, a senior engineering manager who worked on Apple Maps, according to three people familiar with the move. Blumenberg was one of the first engineers to work on the iPhone software and was a senior leader on Apple’s iOS team.

This is a major hire for Uber as Apple can’t be happy that a relatively nascent startup has managed to poach its 14-year veteran.

It’s interesting that Google Ventures, the search giant’s VC arm, is an investor in Uber. Another fun fact: in May 2014, Google added Uber integration to a major Google Maps 3.0 for iOS update.

According to his LinkedIn profile, the engineer started at Apple in 2000 and first cut his teeth helping port Microsoft’s Internet Explorer and Office to OS X. He next joined the Safari browser team to help bring WebKit and Safari to iOS.

Later, Blumenberg moved to iOS under former boss Scott Forstall. It was him who built the original Apple Maps app that Steve Jobs demoed on stage during his January 2007 introduction of the original iPhone.

At his peek, he led a 40-people engineering team responsible for “all things related to maps client software on iOS and OS X,” including the native Maps app and the MapKit framework.

My team is primarily responsible for the Apple Maps app and the MapKit framework. Since 2006, we’ve worked on a number of Google and Apple service-backed features such as local search, directions, street view, next destination and CarPlay. I proudly drove and guided the implementation of vector maps, Flyover and navigation during the shift from Google’s services to Apple’s services in 2012.

Note that although his LinkedIn profile still lists Apple as his current employer, Jessica Lessing was able to confirm his departure for Uber.

In related news, a new beta of the Find My iPhone web app at iCloud.com has stopped using Google Maps in favor of Apple’s own mapping backend.