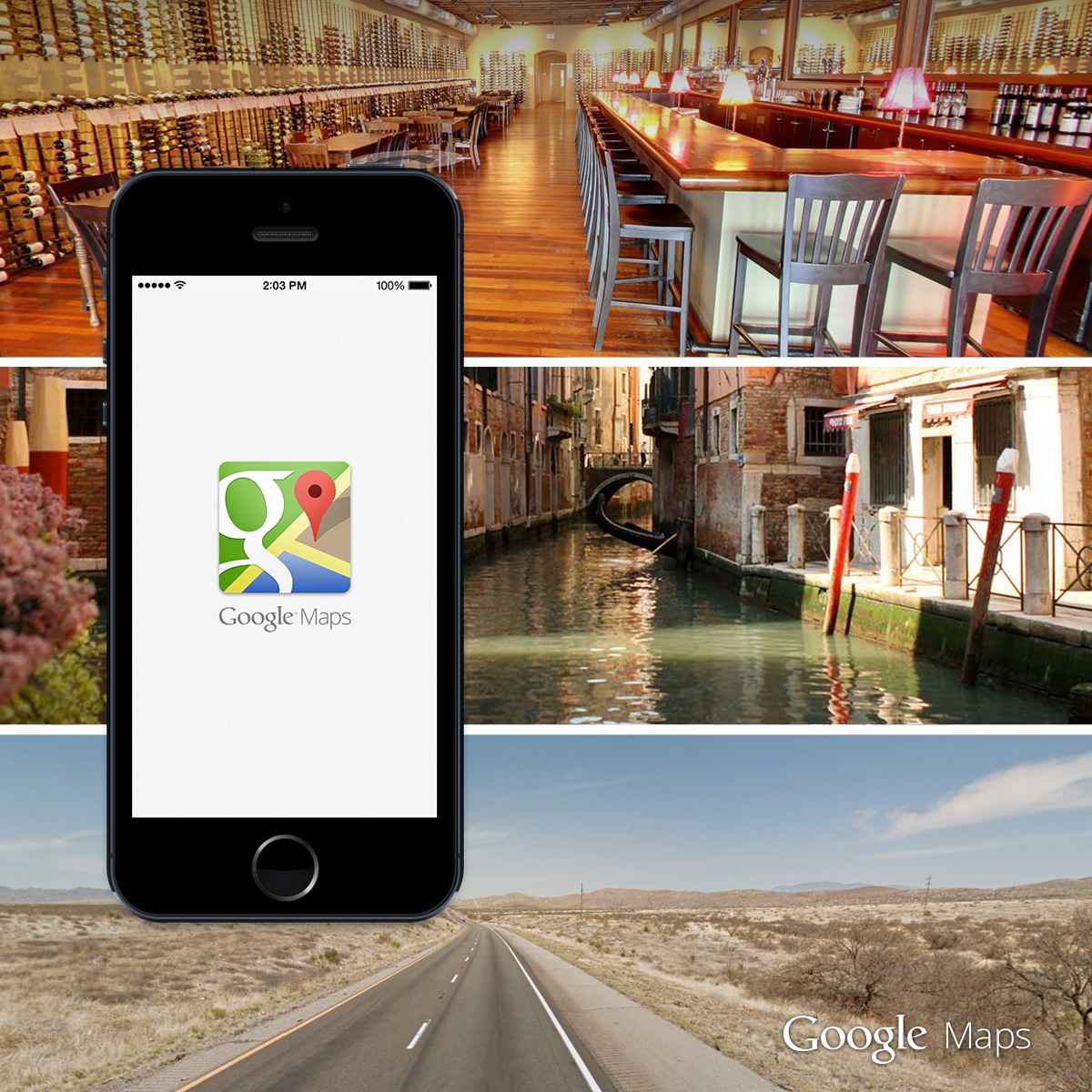 A major update, Google Maps 3.0 – available free of charge in the App Store – now allows you to save maps so you can access them without an Internet connection, a major advantage over Apple’s built-in Maps.

While you could previously save maps by typing ‘ok maps’ into the search field, version 3.0 takes this further by providing a proper menu item for the feature and syncing your saved maps across devices. There’s lots more to get excited about this Google Maps release so jump past the fold and have a look yourself…

Google’s description of the offline mode:

Don’t worry if you’re not online. Before setting off on your next vacation, hike, or roadtrip, search for an area and tap on its place info sheet, then when available, you can select “Save map to use offline,” and give your map a custom name, like “Toronto Vacation.”

To find your offline maps, sign-in, tap the profile icon next to the search box in the top right corner, and scroll to see “Toronto Vacation” and other saved maps.

The new ‘Save map to use offline’ option is illustrated below. 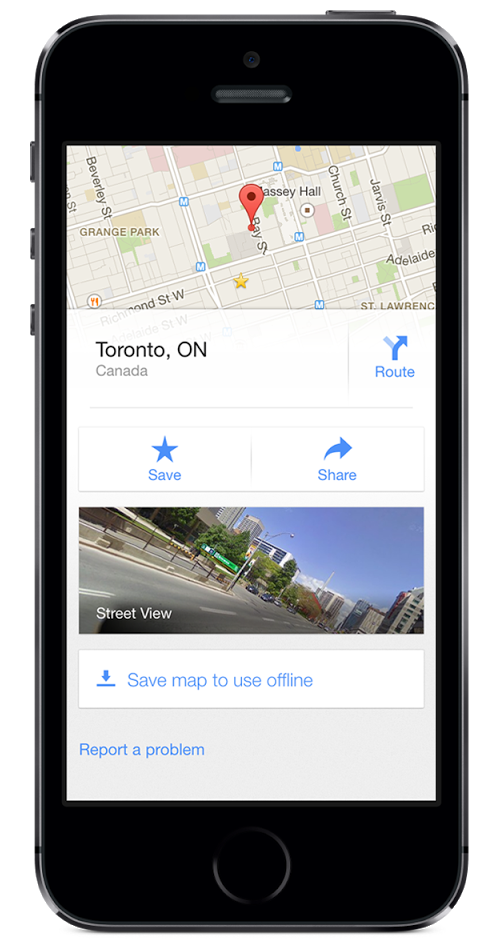 The ability to save maps for offline use is region dependent so it’d be wise to consult Google’s list of available countries before trying to cache maps.

It’s an awesome new feature which basically tells you which lane to stay in or move when navigating. And not only does this suggest lanes that might be best for your route, you also get a much better overview of alternate routes when navigating.

If you ask me, this is one of those features that prove Apple Maps still have a long way to go to catch up with Google. 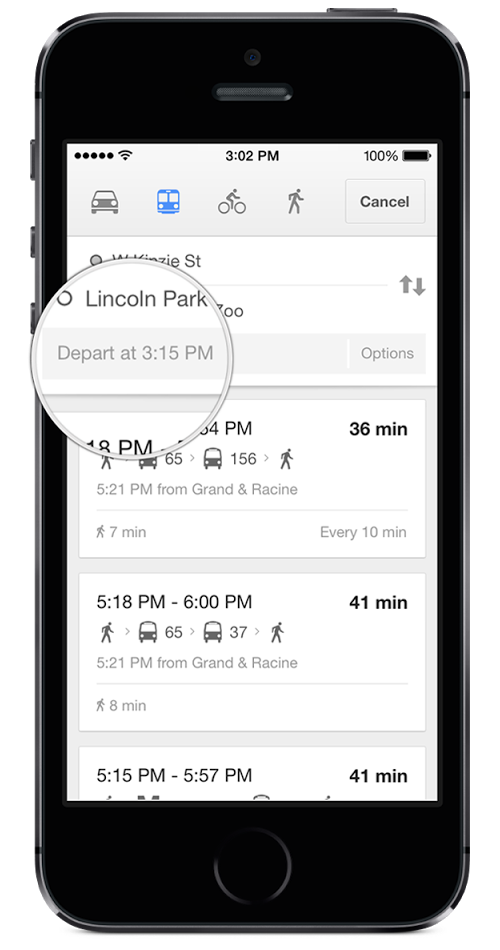 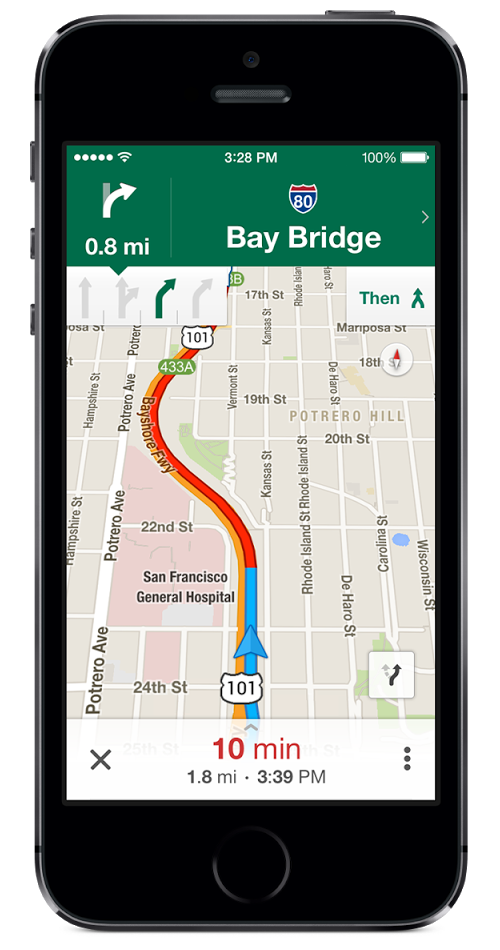 According to this Google support document, lane guidance is currently available in the United States (highways and local roads in major metropolitan areas), Canada (highways only) and Japan (non-highway roads), though I’m sure Google will expand coverage to new markets as soon as humanly possible.

As for your transit results, Google says there are now more than a million public transit stops on Google Maps. As a bonus, the app now displays total walking time of your trip and the next scheduled bus or train.

Next time you’re in Chicago, search for directions to Lincoln Park Zoo, tap the train icon, and select “Depart at” to choose the time and day you want to leave—or even “last train home” for those night owls—so you get the most accurate transit information for your needs.

Some of the aforementioned features are only available for signed-in users. For example, you must sign in to see the places you’ve saved on Google Maps across all your devices and access the new ‘Places to review’ list from your recently saved or searched-for places.

To save a location for later, tap on its place card and then hit the star icon. As a reminder, the place card is also where you dive into Street View, if available for a location. Note that some hotels, restaurants and other points of interest even have indoor photos in Street View. 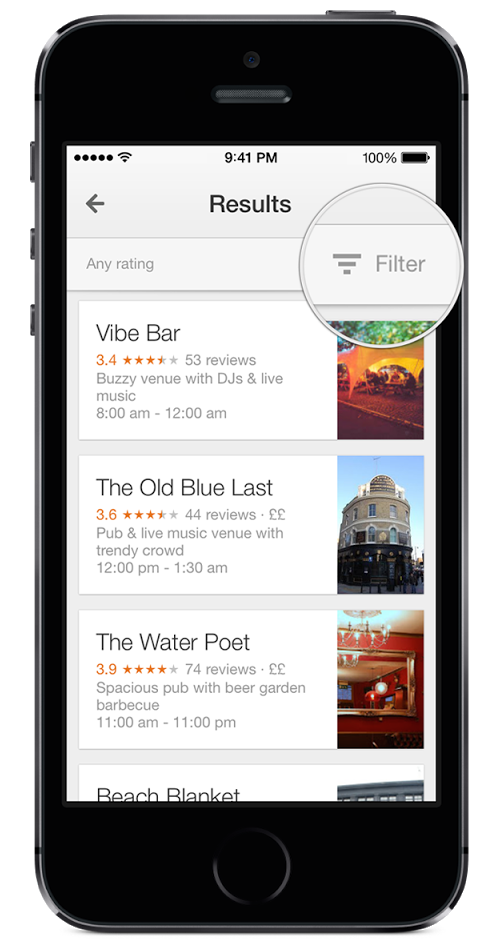 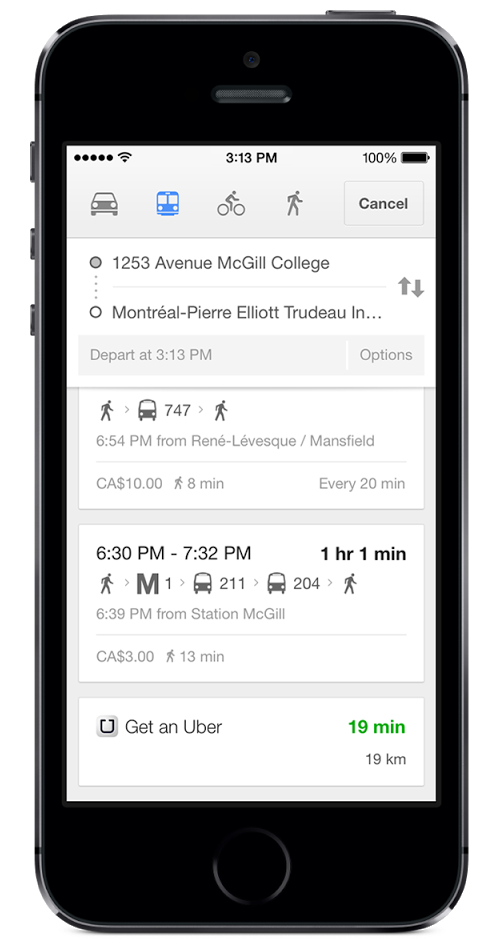 U.S. users can now filter their search results for restaurants, bars and hotels by rating, price, opening hours and other criteria.

And lastly, if you have a free Uber iOS app installed, you’ll be able to compare your ride with transit and walking directions in some cities, right within Google Maps.

“And if you choose the Uber option, you’ll jump right into the Uber app with just one click,” writes Google.

So, GMaps link to Uber seems to be using driving directions to estimate time, quoting a standard rate price & then launching Uber cold

• Turn-by-turn navigation now gives lane guidance and quick access to route overview (US and Canada only)
• View travel time, distance, and estimated arrival all at once in navigation mode (US only)
• Save offline maps to a custom list for when you’re traveling or have a slow connection
• Transit results now display total walking time of your trip and the next scheduled bus or train
• Filter search results for restaurants, bars and hotels by rating, price, opening hours, and more (US only)
• Sign in to see your “Places to review” list from recently saved or searched-for places
• If you have the Uber app installed, open it right from Google Maps when comparing route options
• Access your iPhone or iPad contacts directly from the Google Maps app
• Tap and hold anywhere on the map to drop a pin, save and share that location
• Search without typing using Google Voice Search
• Scale bar to estimate distances on the map

Just out of curiosity: do you need any more reasons to switch to Google Maps from Apple Maps?