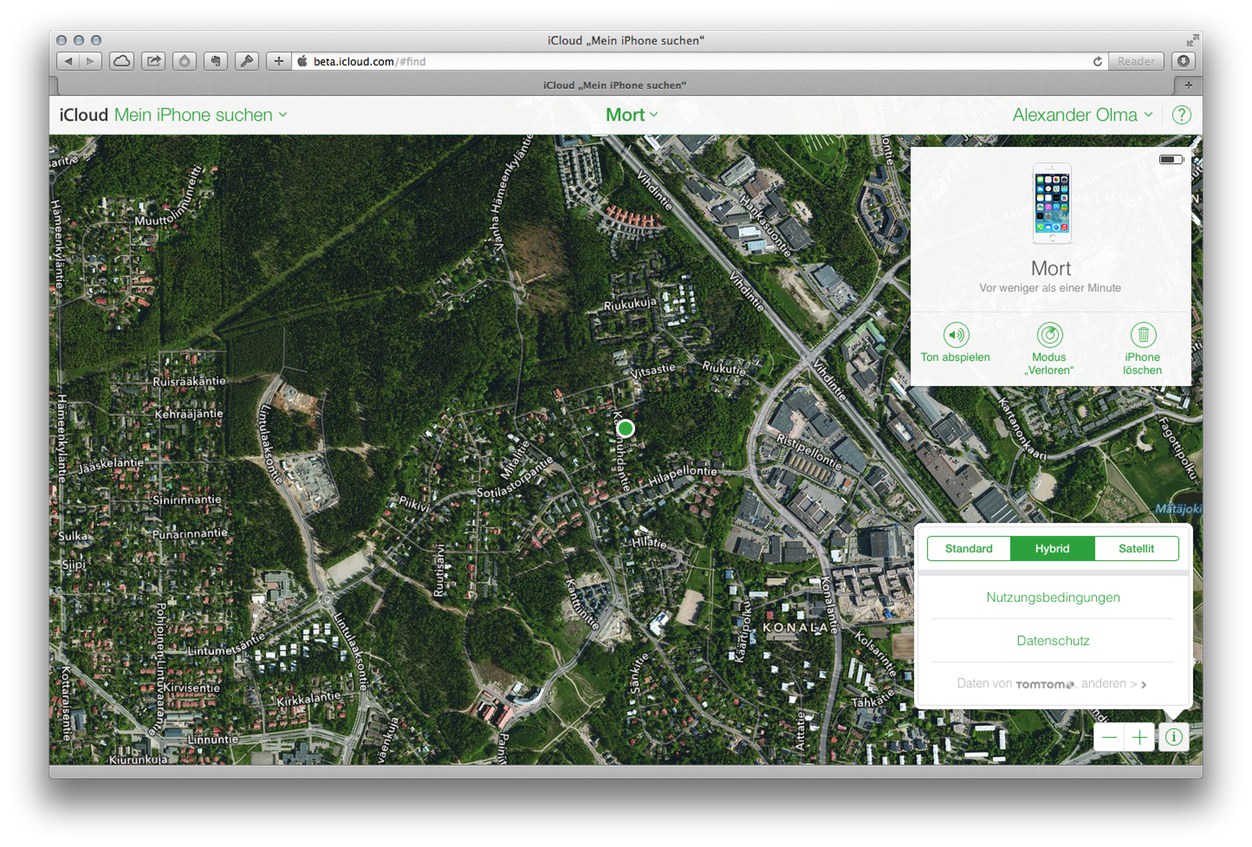 It would seem that Google gave way to Apple Maps on the web in a new Find My iPhone beta, which was released yesterday alongside iOS 8 Beta 3 and the third OS X Yosemite Developer Preview.

At the time of this writing, the change appeared to affect Apple’s Find My iPhone beta on the web, which has switched from Google Maps tiles to an Apple Maps backend. For those wondering, the native iOS app stopped using Google Maps in 2012…

First reported by German-language iPhoneBlog.de [Google translate], the change affects only a beta version of the iCloud.com interface, available to Apple’s registered developers at beta.icloud.com.

Maps in Find My iPhone on the web are now labeled with the “Data from TomTom, others” notice which links to the full list of Maps data providers.

The public edition continues to use Google Maps, though this is about to change as soon as iOS 8 gets released this Fall.

According to non-scientific tests conducted by AppleInsider, the Google Maps-powered version of Find My iPhone at beta.icloud.com transferred some four megabytes of data for a single request, compared to just over 400 kilobytes for Apple’s.

Like Google Maps, Apple Maps use vector tiles that look crisp at any zoom level. Note that the iPhone and iPad editions of Find My iPhone and Find My Friends stopped using Google Maps tiles back in 2012, leaving only the web interface a lone holdout (actually, the Online Apple Store’s retail store locator also uses Google Maps).

This development follows Apple’s controversial decision to stop using a Google Maps backend in favor of the Apple Maps service, which debuted with the release of iOS 6 in the Fall of 2012.