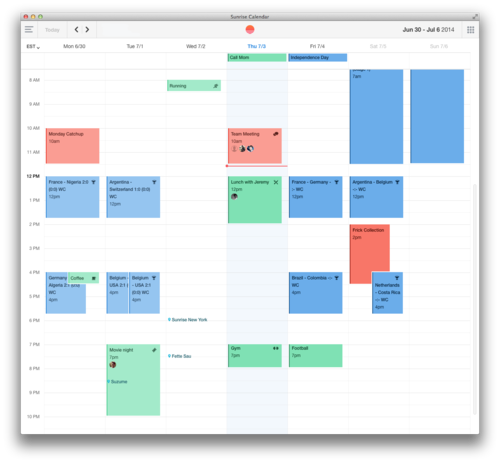 Sunrise, the popular and free replacement for Apple’s stock Calendar in iOS, has been making some notable strides.

Just last month, for example, the team added third-party app integration to Sunrise for iOS. And, the previous month brought us Sunrise for Android and a web app, making for a nice cross-platform solution.

Now available free in the Mac App Store, Sunrise for Mac brings the beautifully laid out iOS experience to your desktop, with such features as full offline mode, third-party app integration, notifications for reminders, support for Google and iCloud calendars and much more…

Built from the ground up specifically for desktop, Sunrise includes native Mac notifications for reminders. You can access your online calendars even without an Internet connection, with automatic syncing of all your Sunrise apps between mobile and desktop. 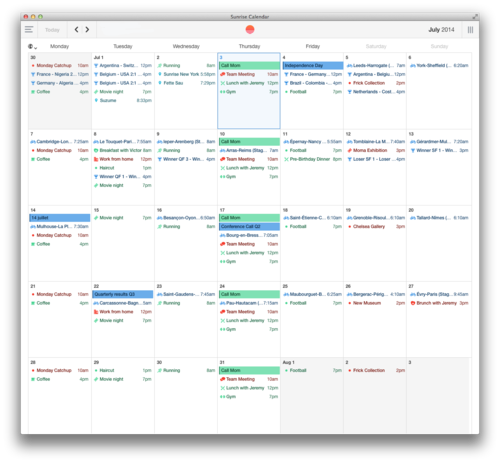 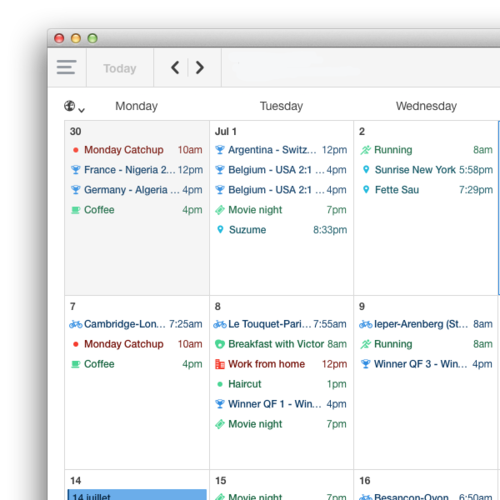 The team has been putting out regular updates expanding on the initial features set with new capabilities like support for Microsoft Exchange calendars, native iPad UI and more than 25,000 optional calendars to keep track of holidays, sport team schedules and more, among other perks.

And now with the native Mac app in tow, it’s become even more powerful, especially considering its rich web app, Sunrise for Android and the app’s sleek, consistent interface across mobile, web and desktop.

Sunrise for Mac is available free on the Mac AppStore.

The half-a-megabyte download requires an Intel-based Mac with a 64-bit processor and OS X 10.9 or later.

The iPhone and iPad edition can be downloaded free of charge from the App Store and installed on any iPhone, iPod touch or iPad supported by iOS 7.0 or later.