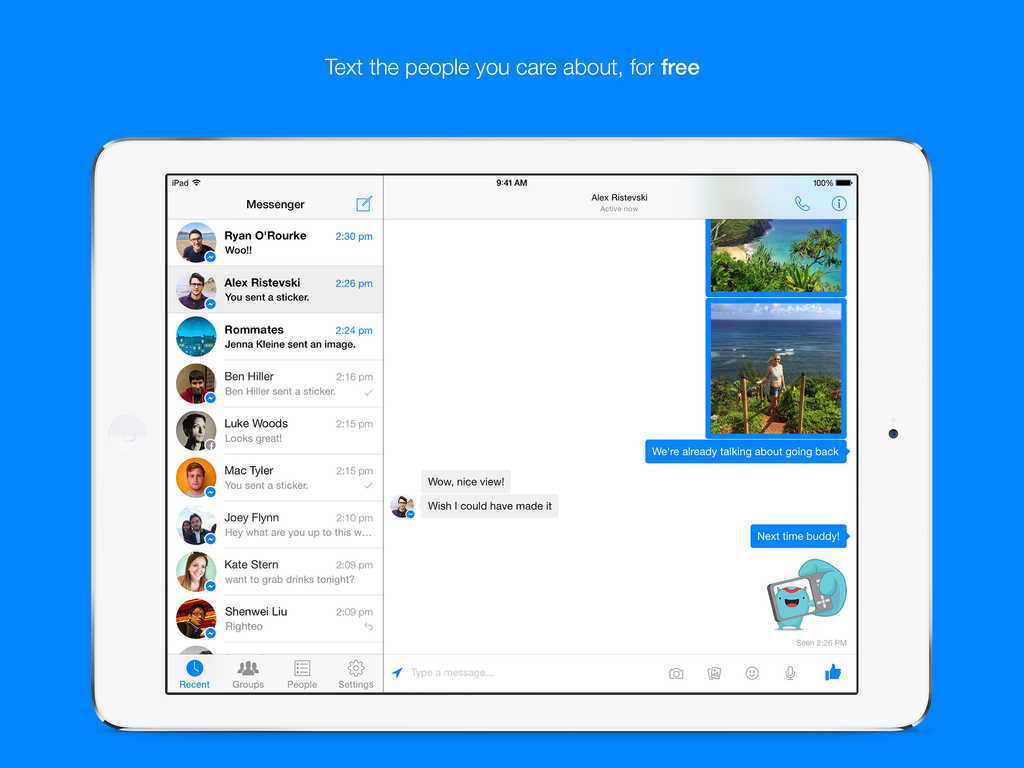 In addition to a Pages Manager update with new commenting and posting features, Facebook Messenger has quietly gained long-awaited universal support for the iPad in an update this morning. Facebook users can now take advantage of the larger screen to chat with family and friends, with access to all of the same features that are available through the iPhone and iPod touch version…

Facebook Messenger launched on the App Store in August 2011, so an iPad version of the app has been long overdue. The all-new version 7.0 has a split-screen design, with contacts in the left sidebar and full conversations on the right. You can also make free calls to others worldwide, send photos privately, use emoticons and stickers and make use of several other standard features.

Facebook Messenger is free on the App Store for iPhone and iPad.