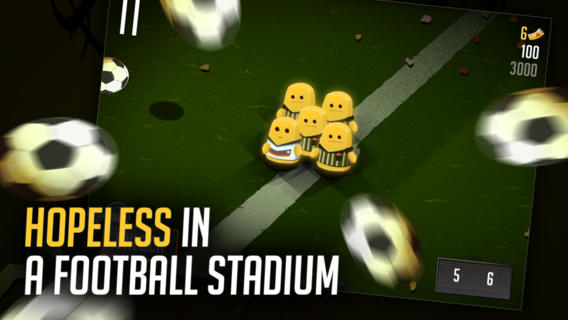 Being a cute, glowing, terrified Blob is a tough job. Those little guys have been lost in dark caves, abandoned in outer space, and now they are faced with angry mobs as they take on the job of goalie at this year’s “Football Cup.”

Hopeless: Football Cup brings all of the excitement of the biggest football tournament in the world to an isolated spot on the play field. Help protect the blobs from a barrage of balls as furious football fans express their true feelings…

Similar to the previous two Hopeless titles, The Dark Cave and Space Shooting, players are charged with helping to protect a group of frightened Blobs as they huddle into the center of the screen, trying to avoid being attacked.

In this version, the glowing Blobs are ready for action against the angry mob in the stands. Outfitted in their team’s jersey, Blobs fend off an onslaught of balls that bombard them from every angle. Tap the ball to deflect it. If you miss, it’s squash city for your Blob. 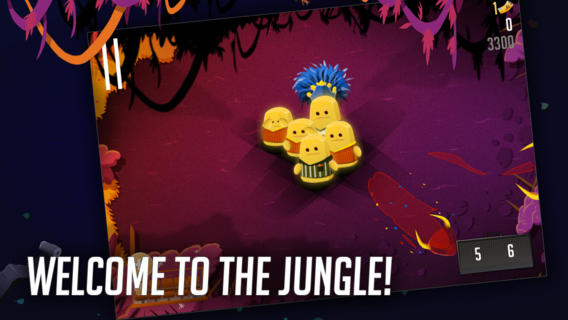 As the balls come in, so do more teammates. If you aren’t careful, you’ll accidentally give one a boot. Luckily, in this game, you won’t totally destroy a Blob if you strike it. It will still join the group, but you will take a penalty for the mistake.

Balls come in a variety of forms. Some are protected by iron armor. Players must tap those balls twice in order to knock them off the field. Balls will also come in waves to pummel poor little Blobs.

As usual, when the Blobs get scared, they do stupid things. In other titles, they take their own lives. In this version, a hopeless Blob will throw up a red penalty card and explode. Poor little guy. 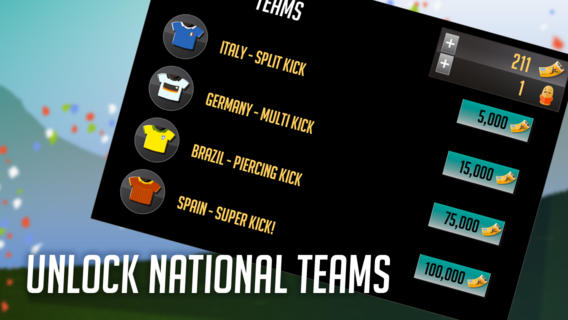 As you progress, you’ll earn tickets which can be used to purchase bonus items and new teammates. Unlock Italy for a split kick attack. Germany comes with multi kick. You’ll be able to perform a piercing kick with Brazil. Spain goes all out with the super kick.

Hopeless: Football Cup is available on the iPhone, iPad, and iPod touch for free. Download it in the App Store today.

Are you a fan of the Hopeless series? Will you be adding the Football Cup to your collection?