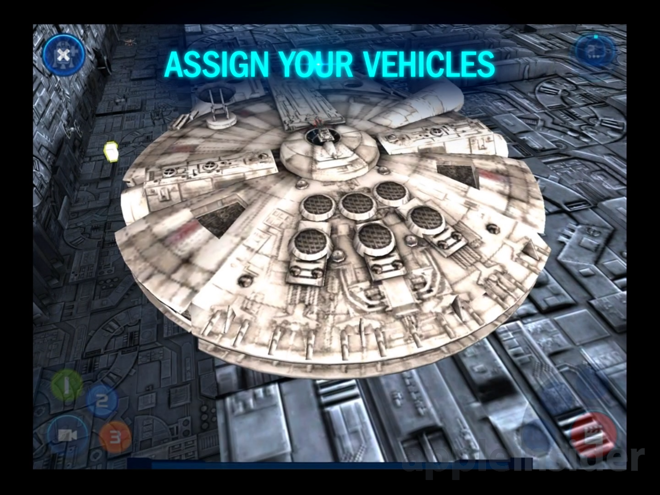 Following Disney’s unexpected purchase of Lucasfilm from George Lucas for $4.05 billion, the Mickey Mouse house is poised to release a seventh Star Wars film later this year. As part of the pre-release hype, the animation powerhouse has released a new Star Wars-themed app in the App Store.

Called Star Wars Scene Maker, it lets you create your own three-dimensional scenes and recreate iconic sets from the movies by dragging pre-made 3D objects representing characters, environments, weapons, props and ships across the screen and applying perfect camera angles (fixed mode, fixed tracking camera and chase camera) to them.

After you’ve built your own scene, Star Wars Scene Maker then lets you control the actions of your favorite characters and choose among the nine musical scores by legendary composer John Williams.

You can select between preloaded scripted dialogue from the movies or record your own with built-in voice filters. Once you’ve put everything together to your liking, the app lets you share your work with friends on YouTube or Facebook.

Available 3D assets include the iconic objects from “Star Wars: A New Hope,” “The Empire Strikes Back,” and “Return of the Jedi,” with “The Battle of Endor” scene included free with the app. 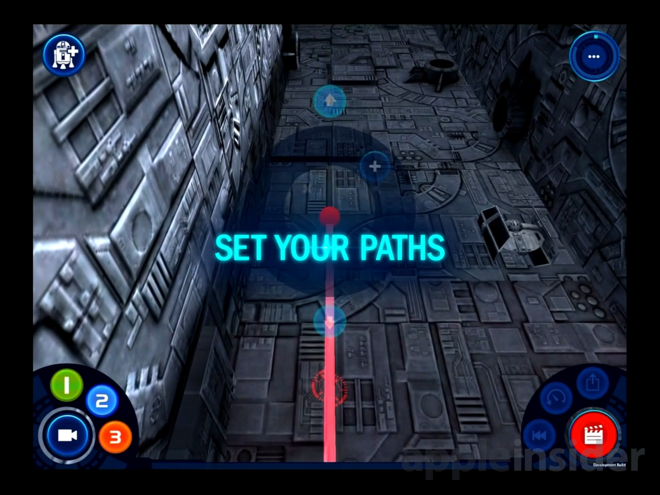 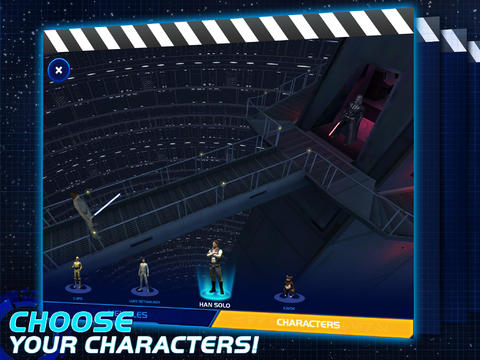 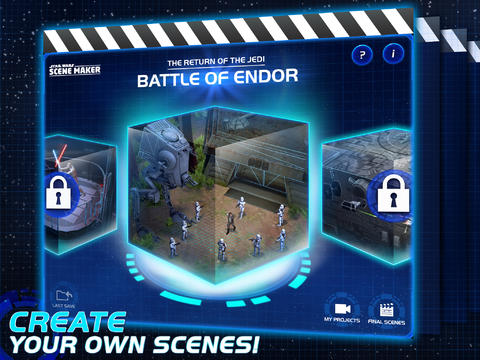 Here’s an interesting factoid: after selling his company Pixar to Disney in a 2006 deal valued at $7.4 billion, Steve Jobs earned himself a seat on Disney’s board of directors and became its largest individual shareholder.

After his death in 2011, Jobs’s $4.6 billion in Disney shares went to a trust run by his wife, Laurene Powell Jobs.

The app is free with ads and includes In-App Purchases of the “Cloud City Duel” and “Death Star Trench Run” scenes, costing $2.99 each. More assets will be added in future updates. The software requires iOS7 or later and works best with the newest generation of the Apple tablet.

In related app news, you can now follow the lyrics with a Frozen snowflake on your iPhone as Disney Karaoke: Frozen has been updated with native support for all form-factor iOS devices.