Wikipad, the company behind last year’s interesting-but-not-very-successful Android gaming tablet, has announced a new accessory for iOS devices today. It’s called the Gamevice, and it’s a decked out MFi game controller made specifically for the iPad mini.

The Gamevice was actually announced earlier this year for Android and Windows 8 tablets, but it appears to now be an iOS exclusive. As you can see it features a 2-piece cradle design, with the iPad mini in the middle, and slightly resembles a Wii U gamepad…

Slide to play (via TouchArcade) reports:

The full spec controller has dual analog sticks, a d-pad, and eight buttons spread between two pieces that surround the ends of the iPad mini. On the pre-release model I saw the halves were connected together by a thick elastic band that allowed the controller halves to easily hold on to the iPad mini.

We have a partial list of games that support MFi controllers here, and are hoping Apple will release a master list soon. The company announced some new stuff at WWDC that could make iOS gaming, along with controllers and even the Apple TV, a lot more interesting. 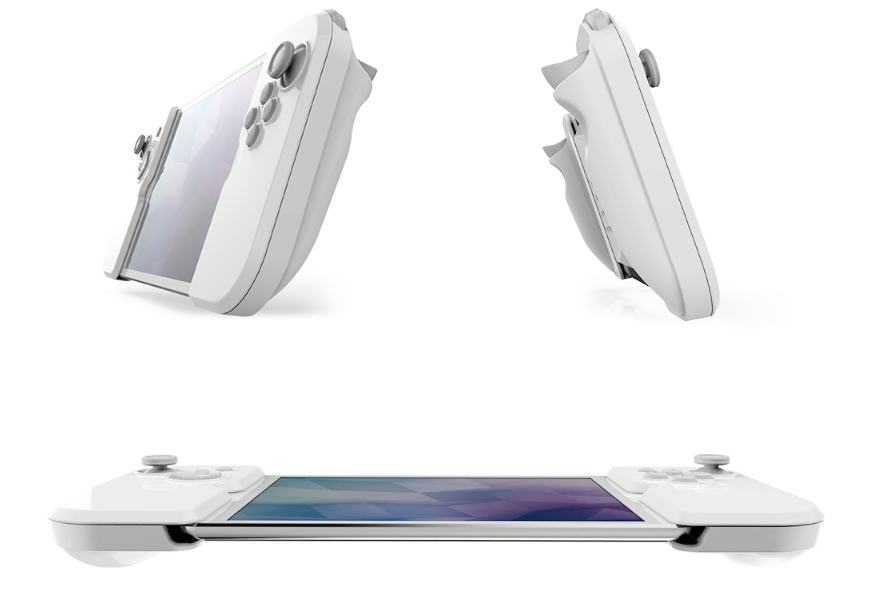 There’s no word on pricing or release details, but the word is Wikipad is hoping to launch the controller before the holiday shopping season. If this looks like something you’d be interested in, you can sign up at the Gamevice site to get more details as they arrive.