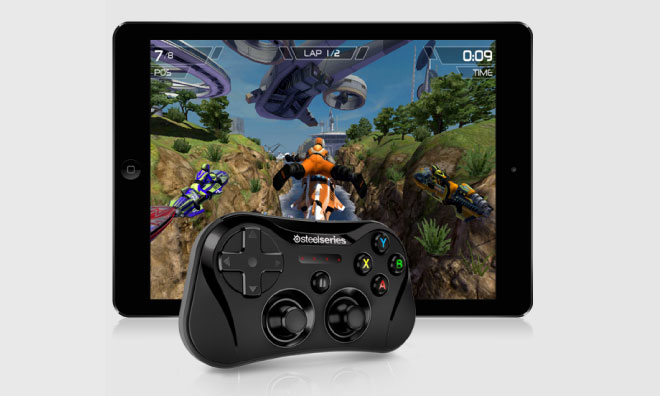 Apple is reportedly working on a way for its users to view a master list of games that support MFi (made for iPhone) controllers in the App Store. The feature works a lot like App Match, which can point users to compatible apps of recently attached accessories.

The company first introduced the MFi controller specification in iOS 7 last summer, and a number of third-party accessory makers have since created gamepads. The new platform, however, has been hobbled by the lack of user knowledge of compatible iOS titles…

We’ve learned Apple finally has a way for users of Made-For-iPhone/iPad game controllers to view a master list of supported games from the App Store, but it will first require the controller makers to issue firmware updates to their controllers.

The feature works much like the App Match feature Apple already offers, which prompts users when connecting an accessory to download a companion app or view compatible apps on the App Store. Apple has recently added the same ability for manufacturers creating MFi game controllers. Rather than sending users to a specific app, Apple says implementing the feature will prompt users to visit an Apple-maintained list of supported controller games.

Apple has been bolstering its efforts in the gaming space recently. Earlier this week it introduced a new feature for MFi controllers in iOS 8 called ‘controller forwarding,’ which will allow snap-on iPhone gamepads to work with iPads, as well as Mac lap and desktops.

We started compiling a list of MFi-friendly titles back in February, but Apple says there are now ‘thousands’ of compatible games in the App Store. With this in mind, you can see why it would behoove the Cupertino company to create an easily accessible, master list.