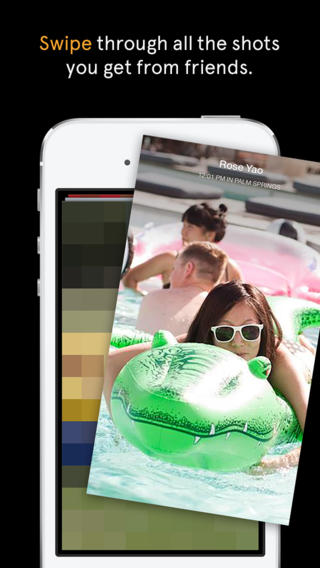 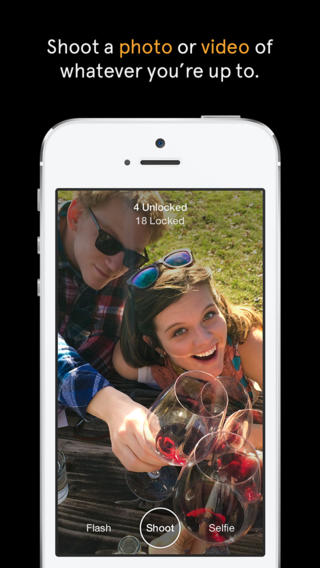 The social networking giant Facebook could be poised to take a significant chunk of the ephemeral messaging market with the formal release of Slingshot, its new and long-rumored iPhone application that just surfaced on the App Store after briefly appearing yesterday.

The free download offers features you’d normally associate with Snapchat, which has popularized the trend of so-called disappear apps where message and media exchanges between participants get automatically deleted after a predetermined period of time…

Like Snapchat, Slingshot allows you to share photos and text messages with a strong focus on ephemeral messaging realized around the concept of slinging.

Slingshot lets you quickly share moments — little and big — with lots of people at once. Shoot a photo or video of what you’re up to and sling it to a bunch of friends. They won’t be able to see your shot until they sling something back. Tap on a shot to react, or simply swipe it away.

Born out of Facebook’s Creative Labs hackathon in December as their second app (first was Paper), Slingshot wants to make it ridiculously easy to quickly share everyday moments with lots of people at once. 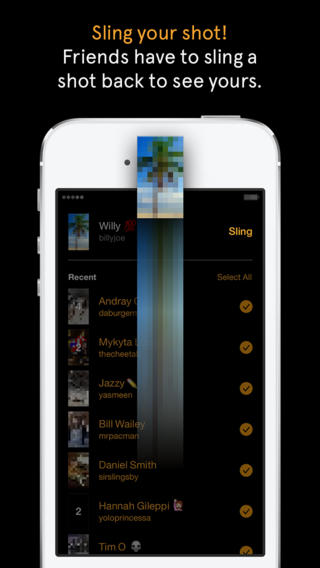 Though acknowledging Snapchat’s lead in the ephemeral messaging space, the team notes that Slingshot is an app where “everybody is a creator and nobody is just a spectator,” adding:

When everyone participates, there’s less pressure, more creativity and even the little things in life can turn into awesome shared experiences. This is what Slingshot is all about.

Although Slingshot allows you to juice up your photos and videos by adding some text and color, the concept revolves around the idea of reciprocity: your friends won’t be able to see your shot until they sling something back to you, and they can then reply with a reaction or by swiping your shot away. 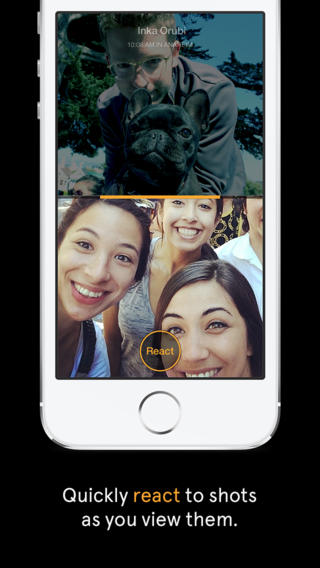 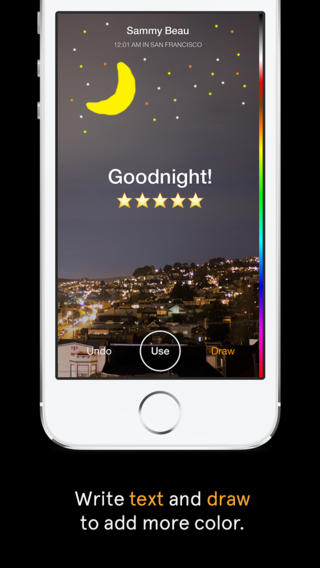 You can also draw on photos with your finger using a sleek and smartly done interface and the app even plays music while you’re drawing on photos.

• Stay in touch: Capture photos and videos of moments you want to share with friends
• Go shot for shot: To unlock new shots, first you have to sling something back
• Enjoy it while it lasts: Once you swipe a shot away, it’ll no longer be viewable
• Send a quick reply: After unlocking a shot, respond with your reaction
• Get creative: Express yourself with captions and drawings
• Look when you want: View unlocked shots later if you’re busy

To learn more about the app, check out the official website. http://www.sling.me

An Android edition will be hitting Google’s Play store later today, requiring a Jelly Bean or KitKat smartphone or tablet.