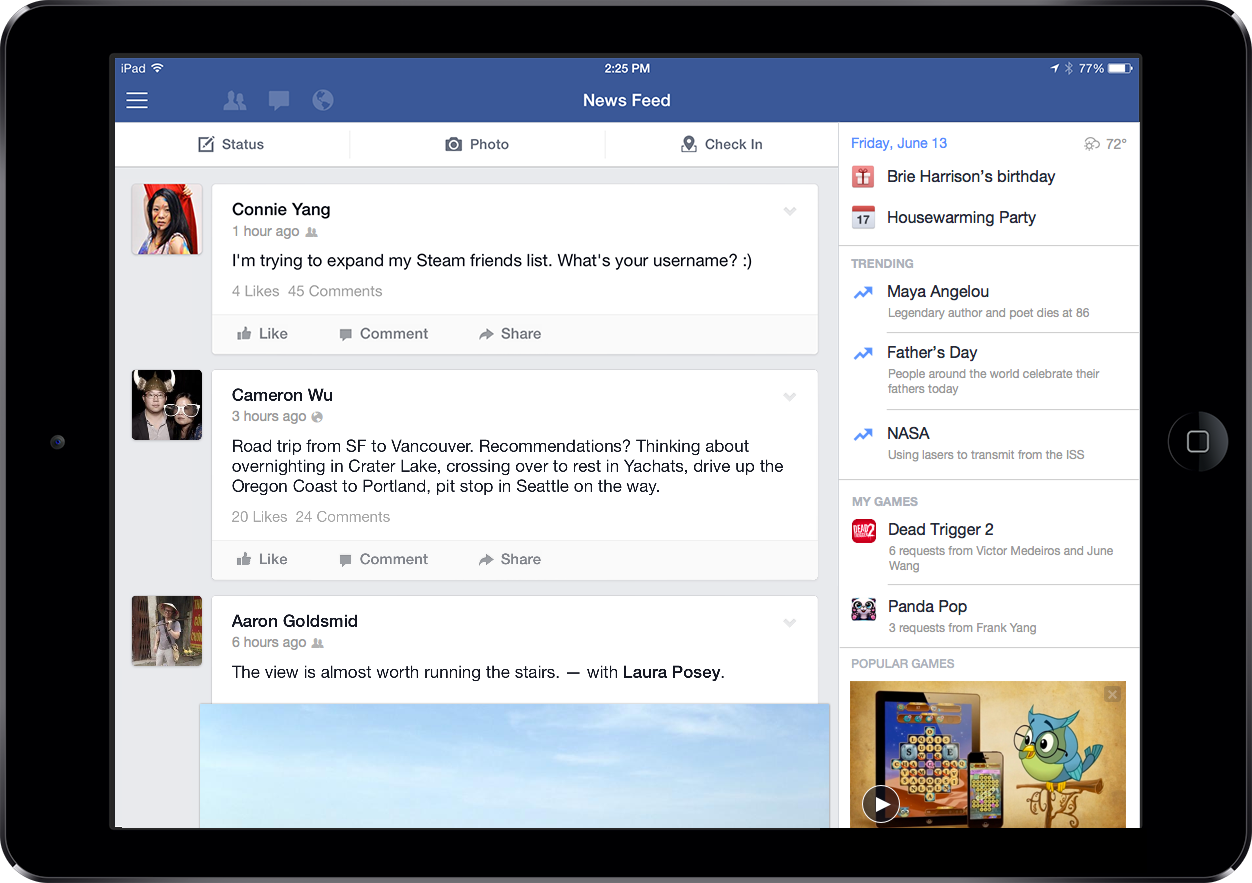 Facebook on Monday pushed an update to its iPad client to put more entertainment (and ads) into your hands.

Realizing that seven out of each ten people who use Facebook for iPad played a Facebook-connected game in the past 90 days, Mark Zuckerberg & Co. are now testing a new sidebar within the iPad app, specifically created for entertainment content and game discovery.

The iPad-exclusive section provides game trailers and in-game footage, as well as Trending videos/news articles, social notifications for native Facebook games, as well as those offered on the web, and much more.

Note that this experiment is currently limited to Facebook’s iPad users in the United States and there’s no word when it could launch globally. Additional tidbits can be found right after the break…

According to a post over at the Facebook Developers blog, the new entertainment sidebar will also include ad slots for game developers to engage players.

The new sidebar is only available in landscape and includes the following items:

• Trending topics: A feature launched on desktop in January, Trending is a list of topics people are talking about most on Facebook right now, personalized to include topics you’re interested in as well as topics trending across Facebook overall

• Trending Videos: A feature new to iPad, Trending Video includes a personalized selection of the most-shared videos among your demographic on Facebook right now

• My Games: A selection of games you already play, with an easy link to start playing them on your iPad

• Popular Games: iPad games you might want to play, based on games your friends have played and what’s popular on Facebook

This is also where you’ll find your friends’ birthday notifications and upcoming events.

Facebook is urging game developers to get featured in this section by registering their iPad app, integrating Facebook Login and providing a promo video in App Center.

Facebook for iOS is available free in the App Store.

Again, only the US version of the iPad client has received the righthand sidebar so don’t bother unless you’re a US person.