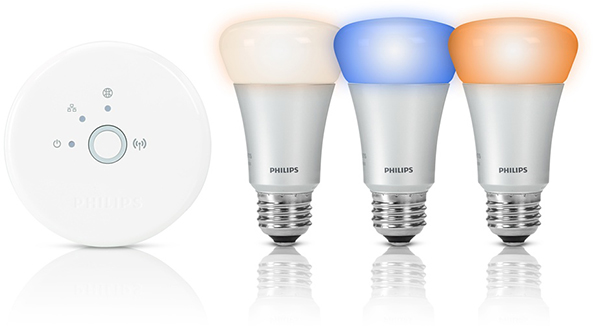 Just a few hours ago, Philips tweeted a concept image of a prototype Notification Center widget that could be used for controlling its Hue lineup of iOS connected bulbs and lights. As it stands, this functionality is provided through the Philips Hue app for iPhone, iPad and iPod touch. But this extension concept reveals that users could have more convenient access to an off button and different lighting settings without launching the app.

Notification Center widgets are a new feature in iOS 8 that Apple announced at its WWDC keynote earlier this week. Developers are able to build extensions that provide systemwide functionality through widgets in Today view, something that has been possible through jailbreaking for several years. In fact, there is already a jailbreak tweak called HueHueHue for controlling Philips Hue lights through Control Center. This prototype is a similar concept… 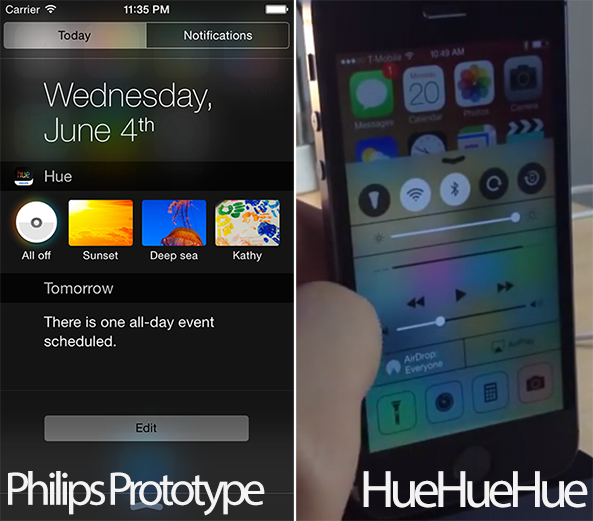 This is a concept prototype we produced, to show providing hue access from the notification centre pic.twitter.com/kvqB2arCfH

Philips Hue connected lights were one of the products that Apple mentioned when it revealed its new HomeKit smart home framework for developers during its WWDC keynote earlier this week. The company lists several Philip Hue products on the Connected Home section of its online store, alongside the Nest thermostat and other home automation items.

A recent report claims that Apple is looking to expand its smart home efforts by certifying more household appliances and accessories through its Made for iPhone (MFi) program. That initiative, coupled with the announcement of HomeKit, proves that Apple is becoming increasingly interested in home automation products, especially as competitors like Google and Samsung begin to step up their game.

What do you think of this prototype Notification Center widget?