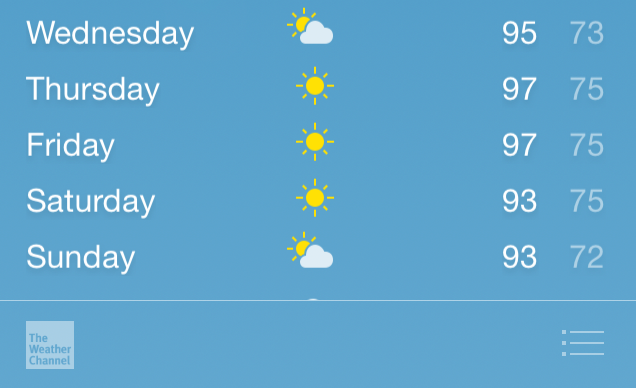 Last year, The Wall Street Journal reported that Yahoo was in talks with Apple over increasing its presence on the iPhone. The company wanted more of its content pre-loaded onto Apple’s devices, and was after the default search spot in Safari.

But its quest to expand its reach in iOS isn’t going so well. Apple released the first beta of iOS 8 to developers yesterday, and it’s been discovered that the Weather app, which used to pull info from Yahoo, now uses data from The Weather Channel… 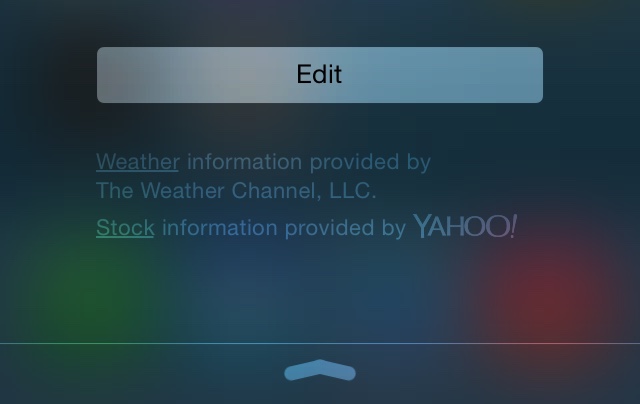 Keep in mind that Yahoo’s weather information was also supplied by The Weather Channel, so ultimately the data is the same—Apple is really just cutting out the middle man here. Still, the removal is notable given Yahoo’s aforementioned plan.

Other than that, the iOS 8 Weather app should look fairly familiar to iOS 7 users. It’s just that the extended forecast is now 9 days long, instead of 5, and it now offers a summary of current weather conditions with wind, humidity and chance of rain.

The new Weather app is available now in the iOS 8 beta for developers, and will be in the public version that launches this fall.