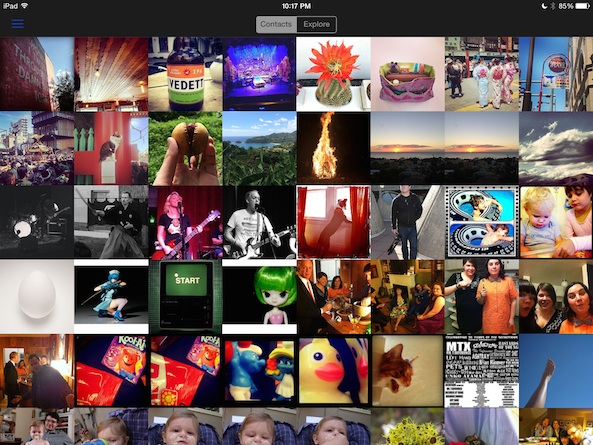 Flickr is one of those great social photography websites that got lost in the shuffle when Instagram hit the mobile world. While the service has done a lot to stay relevant, it still lags behind when it comes to sharing photos with friends.

Darkrume is a high-quality Flickr client for the iPad that may just rekindle your love of the photo storage online service. With an immersive interface and 64-bit performance, your Flickr pics have never looked so good. Read on for our Darkrume review…

This app is a third party Flickr client for the iPad, something Yahoo hasn’t even taken the time to design with its own official iOS app. When you load your account, the entire screen is populated with your friends’ images on a grid-like display. Tap a picture to view a larger version and find out who took the picture, who favorited it, and read comments.

The app pays special attention to gesture based actions by taking advantage of the iPad’s large touch screen. Swipe downward to go back to the grid. Swipe from the edge of the screen to flip between pictures.

Tap the menu icon in the upper left corner of the screen to access your groups, people you follow, and your Flickr feed. View subscriber images by all photos, sets, and favorites. 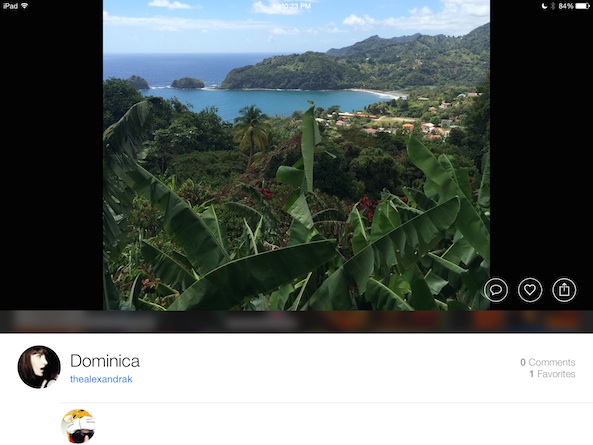 When in the zoomed photo view, scroll down to the bottom of the photo to see who took the picture, who favorited it, and what comments were made. Reply directly to comments by touching and holding your finger on the comment until the “Reply” tab appears. Drag the image downward to go back to the grid view. You can also find out more about users who’ve favorited or commented on a photo by tapping their avatar.

When you tap an avatar, you will be linked to that Flickr user’s home page where you can see photos they’ve taken, their sets, and other pictures they have favorited. Go back to the previous screen by pulling down to access the browser controls.

In addition to checking out what your friends have posted to Flickr, you can also see what is getting the most attention by tapping the “Explore” tab. This will take you to a grid with 500 of the day’s most popular images in Flickr’s Explore Stream.

The app is optimized for 64-bit processing and works hard to get those hundreds of images from the web and onto your iPad as fast as possible. Viewing photos close up can sometimes take a while, but the thumbnails populate ultra fast. 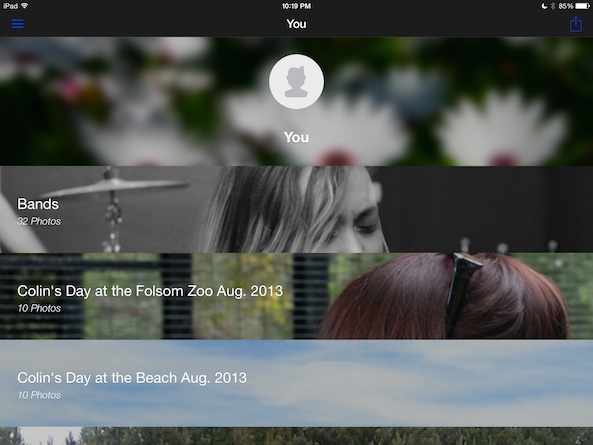 I love the way my Flickr images look in this app. It uses an immersive full screen interaction with the photography service so that you have no distractions. The user interface takes advantage of touch screen technology by offering multi-touch controls that are unique to the iOS experience.

The user interface is a bit lacking. For example, there is no full screen photo view. When you zoom in to see an image, it includes the comments section. I’d really like to see a full screen mode where the only thing on the screen is the picture. Also, I’d like to be able to access a picture’s data. On Flickr, you can see when the photo was taken, what camera was used, and read comments from the user. In the app, you can only see the user’s name and a list of comments and others who’ve favorited the picture.

Darkrume comes in at a hefty price of $4.99. Since Yahoo doesn’t seem to think we want to view our Flickr accounts on the iPad, we are relegated to using third-party apps. The sticker price of Darkrume is about average for third-party clients on the iPad. It seems a bit steep, but it is the same price you’d pay for any other iPad-optimized app in the category.

I love this app. It looks fantastic. Aside from a few glitches and missing user interface features, it is the best third-party Flickr client for iPad I’ve ever used. However, it still has some growing up to do and the price is pretty high for something I would consider to still be in the infancy stages. If you are willing to be patient with the updates, this has the potential for becoming the best Flickr client in the App Store, but it comes at a price. You can download it in the App Store today.

What do you think about Darkrume? Let us know in the comments section.