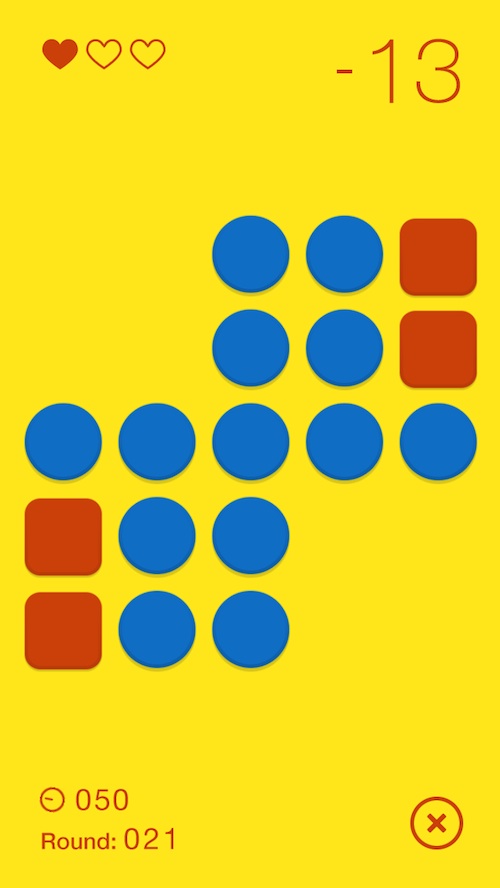 I’m oftentimes surprised at how much time I spend on a single game on any given day. I know a game is going to be good when I go back to it again and again, even after I’ve finished testing it.

Spotology is one of those simple games that I first thought was good enough for a review, but a week after getting it, realized that I can’t stop playing it. We’ve got a game review of Spotology for your enjoyment below…

The game has a simple design. Each level consists of a number of squares and dots. The object is to “pop” all of the dots by dragging your finger across them. If you miss one or cross a square, you have to start over. Pop all of the dots with one, continuous motion to progress to the next level.

Players get three chances to mess up. After the third, the game ends. Each board has a certain number of dots that must be popped. The number is noted in the upper right corner of the screen. Pop the dots to get the number to zero.

The game is timed. Your remaining time is displayed in the bottom left corner of the screen. Every time you complete a level, you gain 10 seconds on the clock.

The app’s color scheme varies by your shake. The background and objects change between three different compatible colors. To switch, shake your device. There are 32 different color schemes. I never saw the same one twice. 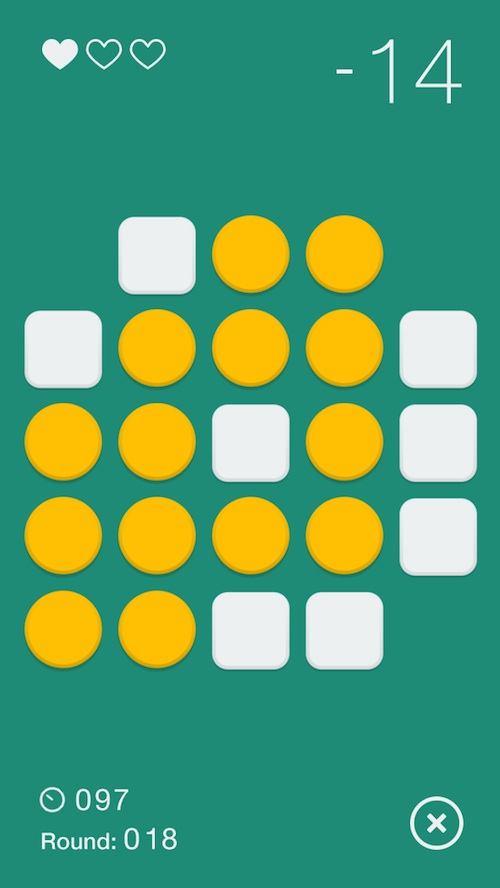 To pop dots, touch your finger to the screen on the one you want to start with. Then, drag your finger across the screen, following the path of the dots until you get to the last one. If you didn’t miss any, you’ll move onto the next level. If you miss one, you will lose a life and have to start that level again.

The levels start out easy with only five dots at first. As you progress, one or two more will be added to the screen and the pathway will become more complicated.

The trick is in knowing where to start, which dot to tap next, and where to end. The pattern is set up so that, if you start on the wrong dot, or move downward when you should have moved upward, there won’t be any way to pop some dots and you’ll lose a life.

Interspersed with the dots are groups of squares. They are the obstacles standing between you and an easy path to popping the dots. Be sure not to touch one or you will lose a life.

Some dots need to be popped twice. These are represented by an outlined circle instead of a solid-colored one. Usually, the best way to ensure that you cross over a double dot twice is to start on it. That way, you’ll be more likely to pass its way again. That isn’t a hard-fact rule though.

You get three chances to continue. If you make it past level 50, you will get one life back. I never made it past level 24. I never ran out of time, but always managed to miss a dot on accident. Pay attention to where your finger is going. I would sometimes accidentally miss a corner dot as I was flying around. There were only a few times when I lost a life because I followed the wrong path.

There are more than 400 level variations and the direction of the patterns change each time you play. I noticed that whenever I started a new game, the dots would be in the same pattern, but they would be upside-down or rotated 180 degrees. This adds a bit of fun to the game and keeps it from feeling repetitive. However, at the same time, you get better each time you play because the dots are in familiar patterns. You will learn the best pathway to take and which dots to start and end on. 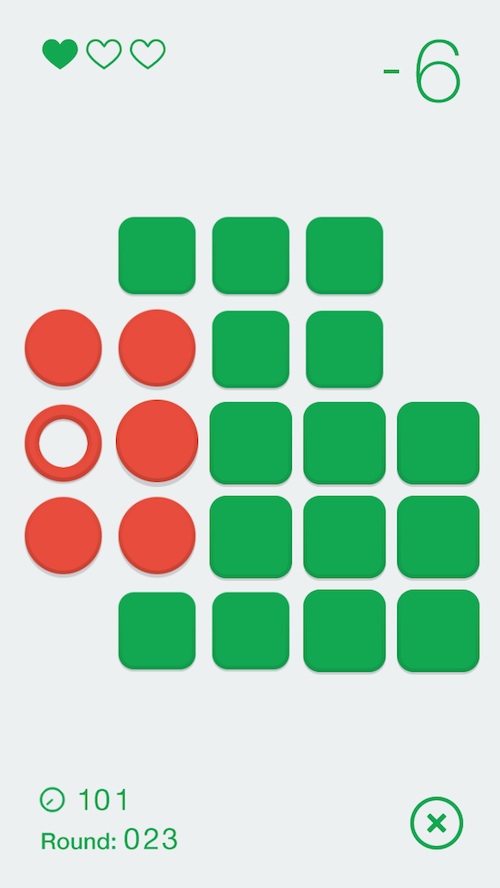 I was surprised at how much I enjoyed playing this game. It seems a bit too simple at first, but I quickly found myself going back again and again, trying to reach the next level.

You don’t have to think very hard about what you are doing, but you must plan your strategy. So, you are engaged enough without being bogged down.

I’m having trouble finding anything wrong with this game, but some might consider it to be too easy. There isn’t a lot of complexity to this game. It is meant to be simple and fun.

Spotology is completely free to play with no advertisements. The game’s developer plans to add new game modes and levels in a future update that will be available as an in-app purchase. The replay value is very high. I replayed the game multiple times per day, every day for a week. Can’t get enough of it.

This game is definitely worth giving a try. It kept me entertained for hours and will be my new go-to game for quick pick-ups when I’m standing in line at the grocery store. If you like simple, casual arcade games, this will light up your life. Those looking for a super challenging game may not be as interested in this, but I still think it is worth checking out. Download it in the App Store today.

Bricks is a minimalist arcade game that is action-packed. … and then it rained is a simple, relaxing game that requires skill.

What do you think of Spotology? Let us know in the comments.