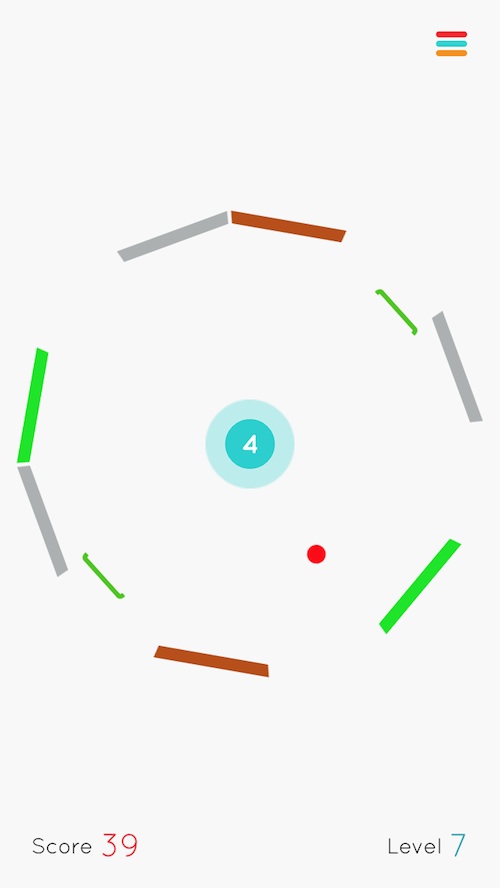 The brick-breaking genre is decades old. Breakout was one of Atari’s early runaway hits in the mid 1970s. It spawned generations of clones and homages (Did you know that, if you type “Atari Breakout” into a Google image search, you can play the game with the image results?).

Bricks is a version of the brick-breaking genre that bucks tradition and leaves you with a completely new love of the arcade classic. Your iPhone is the paddle and the wall surrounds you in this new take on an old favorite. We’ve got a review of Bricks – Arcade Game for you below…

The game is designed with a minimalist style of graphics. The screen is white. The objects are simple, geometric shapes. A circle of thin lines populates the playfield. Inside the circle is a small dot. When ready to go, players launch the dot inside by dragging it backward in a slingshot fashion. The dot, which can now be thought of as the ball, projects forward, hitting the line in front of it, which can now be thought of as a brick. When hit, the brick disappears, leaving an open gap that the ball might fall through if you aren’t careful.

The goal is to break all the bricks without losing the ball through a hole in the circle. As levels progress, the brick count increases. Plus, new items appear that help or hinder your success. Teleportation doors rotate inside the circle that spit you out in random locations. Multi-ball sessions pummel the bricks in a flash mob style attack. A shield can be activated to protect your ball from falling into the abyss.

Different colored bricks will sometimes yield different outcomes. For example, a black colored brick will render your ball incapable of breaking bricks for a short period of time.

Of course, the game gets harder as the levels increase. You may think it is easy, but you’ll soon find out that breaking bricks ain’t what it used to be. 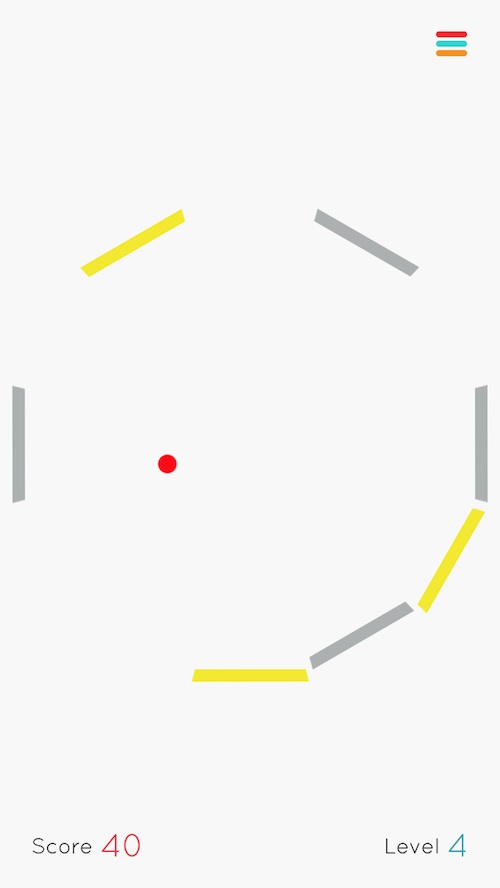 The beginning of the game starts out easy enough. Players start with a small circle with a few bricks. Touch, drag, and let go of the ball to get it started. It will ricochet off of every brick it hits and head back in the opposite direction to hit another brick on the other side. The further back you drag the ball, the faster it goes. Test you skills by shooting a fast or slow ball to see which speed works best for you.

As the ball bounces around, players rotate their devices so that bricks line up with it. Think of the lines in the circle as both the brick and the paddle. In order to avoid falling through a gap in the circle, players must move the bricks/paddles by rotating the iPhone around 360 degrees in either direction. The better you do, the harder it becomes. Soon, there will only be one brick and you must spin your iPhone fast enough to line it up with the bouncing ball.

Gaps in the circle will soon become the least of your worries. As the levels progress, so do the obstacles. The circle grows and you’ll have more bricks to break, which comes with more chances to fall into the abyss. The teleportation doors that move around the circle may save you from death, but you don’t know which door you will come out of on the other side. You can’t avoid the teleporters either. They move on their own and don’t obey the effects of your spin.

There are a number of different colored bricks. Some of them don’t seem to have any affect, but others can be harmful to you. For example, the black brick turns your ball black and you can’t break anything for a short duration. The red bricks are immediate death for any and all balls (even during multi-ball rounds). I can’t fully understand what each brick color does. I’m not sure which color triggers the multi-ball round. The green bricks don’t seen to do anything, but I might be wrong.

In addition to the obstacles, players can protect their ball from falling though the gaps by triggering a shield. Players start out with five shields, which last about 10 seconds each. Once you run out, you can add more shields with an in-app purchase.

If the idea of spinning your device around like a bottle scares you, you can switch to touch controls, which allows you to rotate the circle with your finger. I tested the game both ways and found that either control mechanism works equally good. 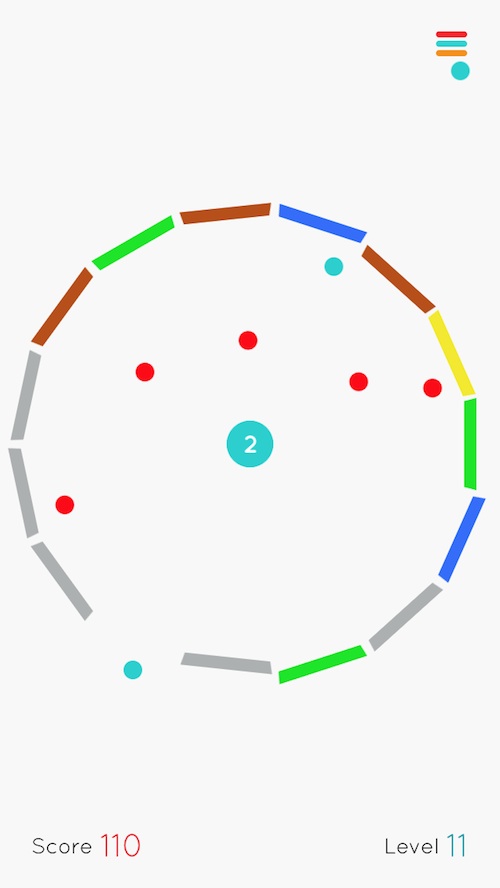 This game is a lot of fun. It takes the exciting brick-breaking genre in a new direction while maintaining the basic mechanics that make it so entertaining. I also love the way it looks.

You can’t go back to replay levels. When you progress, previous levels are lost to you unless you trash your game and start over. I’d love to be able to play lower levels to practice my skills.

Bricks – Arcade Game costs $0.99. I’d say that is the perfect price for a game like this. The replay value is low because you can’t replay lower levels. However, new levels are procedurally generated, so whenever you die the next time you play, it will be different than the last.

This is a fantastic game for fans of arcade action. If you grew up on Breakout, you won’t be disappointed with this spin on the classic. The game is available on the iPad, iPhone, and iPod touch. If you play it on your iPad, I recommend changing to touch controls because you might spin your tablet onto the floor using rotation controls. Download it in the App Store today.

Shatter Alley combines brick breaking with music. Of course, Atari’s Breakout Boost is the iOS version of the classic game.

Are you exited to try Bricks? We’ve got a promo code for whoever can type the fastest. Have fun.