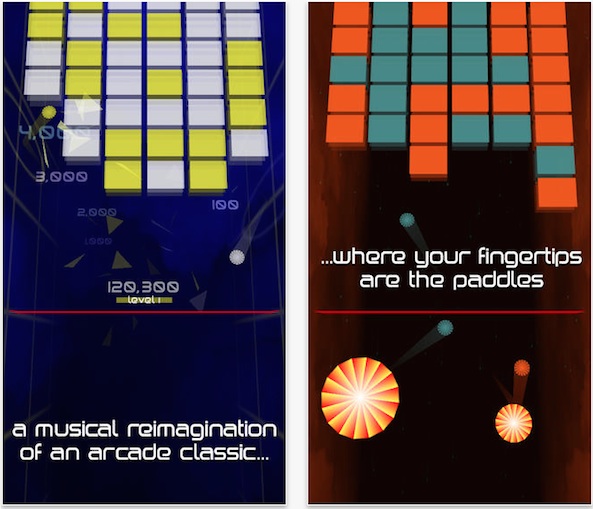 Back in 1976, The Woz created a brick breaking game based loosely on the concept of Pong. Breakout would go on to spawn an immeasurable number of similar games, as well as the popular Super Breakout sequel.

In this brick breaking game, players are not restricted by a sliding paddle. Instead, you tap the screen to deflect a bouncing ball back into play. As long as the ball falls below the “Red Line of Death”, it can be hit back into the falling bricks.

The red line delineates the game board from the controls, but it is also the ending point for descending bricks. If any brick touches the Red Line of Death, the game ends.

When a ball hits a brick for the first time, it turns the same color. Balls with matching colors break through bricks and into ones behind. Players earn extra points when balls hit their matching brick. 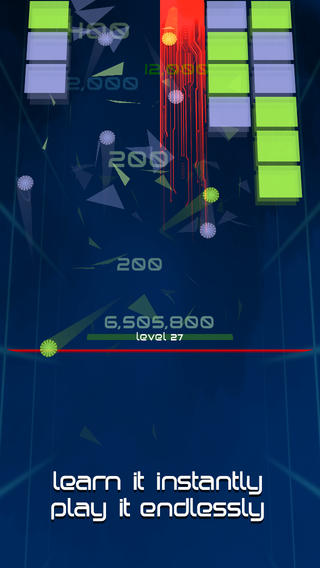 When a ball hits the ceiling, the descent of bricks will speed up. If you tap the screen below the red line when there is no ball in the section, it will drop the bricks one row. You can use this feature to your advantage if the ceiling is exposed and you don’t want to risk hitting it.

There is no limit to how many balls you can activate into play. To add a ball to the board, tap the screen above the red line. Once a ball is in play, it will not disappear unless you miss it and it drops off screen

You can only miss three balls per game, so think twice when deciding how many new ones to activate at once. 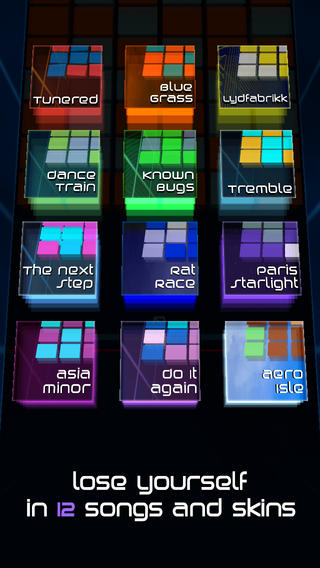 The game’s visual themes are connected with the currently playing song. Each track has its own theme, settings, colors and visual effects. There are 12 different songs ranging from chill-out electronica to trance. Some tracks can even be purchased in iTunes.

Players organize levels the same way they would a playlist. The music will continue to play while you are in the game. You can move individual levels around in a specific order, shuffle songs randomly, and disable tracks you just don’t want to hear.

Shatter Alley is available on the iPhone, iPad, and iPod touch for $2.99. Download it in the App Store today.

Do you enjoy brick breaking games? Will you download Shatter Alley?