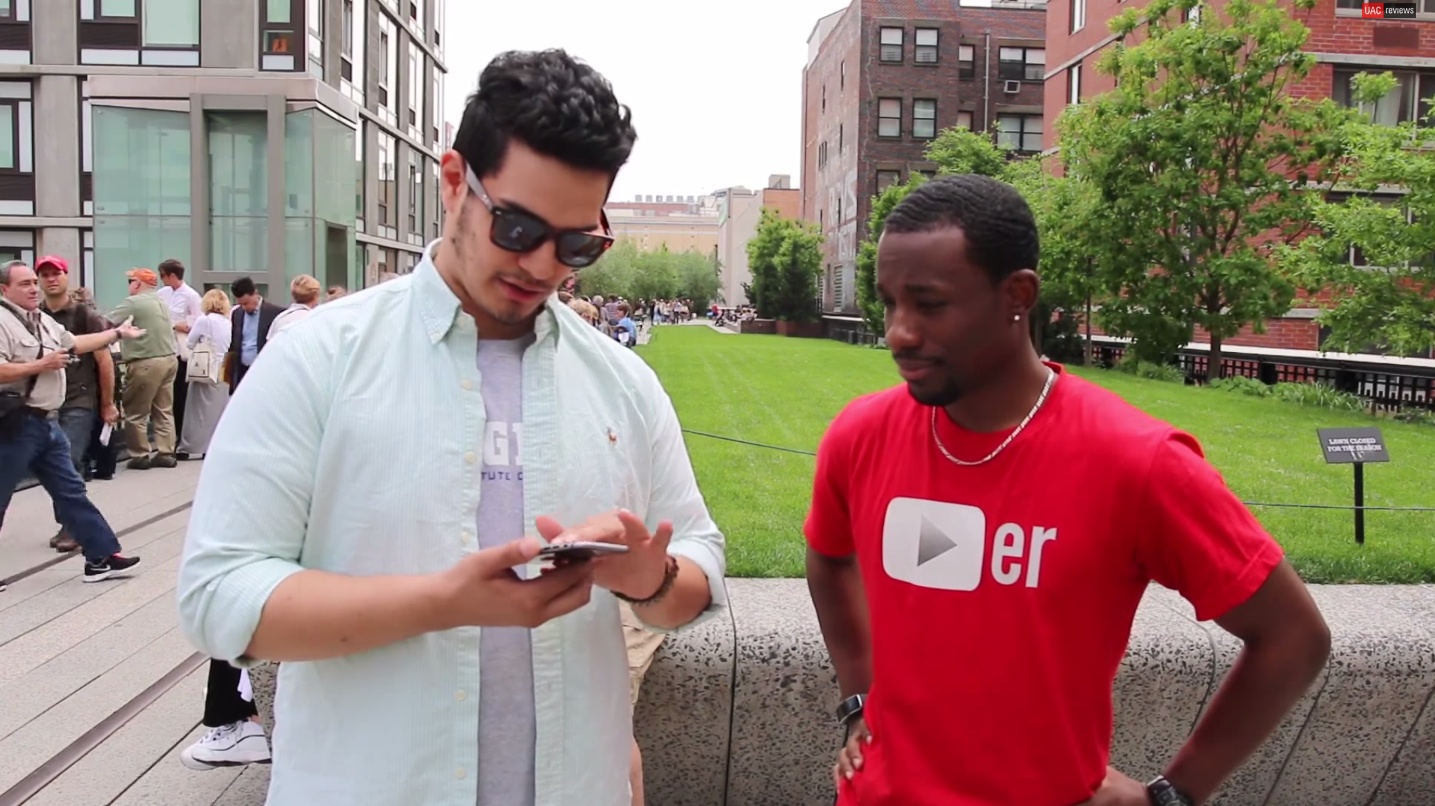 You’ve seen kids react to such ancient technology as the Apple II, but how about your average Joe’s reaction after being shown a mockup of a piece of future technology? That’s exactly what led the guys over at UrAvgConsumer to take to the streets of New York City and ask normals to share their impressions on a dummy unit of the rumored 4.7-inch iPhone 6.

Reactions vary from ‘beautiful, I like it’ to a complete disbelief. The video is right after the break so give it a watch and meet us in comments…

One caveat: people were being showcased a dummy representation of what the rumor-mill thinks the next iPhone(s) will look like, as based on the supposed leaks, alleged technical drawings and other questionable leads.

If history is anything to go by – and this time around we’re seeing fewer credible part leaks than last year (Tim Cook doubling down on secrecy, perhaps?) – the iPhone 6 won’t resemble the current crop of mockups and dummy units floating around.

Give it a watch right below and tell us what you think in comments.

A few reactions that stick to mind:

One person complained about the size, remarking that “it’s a mobile phone, I want to carry it around.” These reactions are of course assuming that Apple will only make 4.7 and 5.5-inch iPhone models.

What I think will transpire, is this: at the very least, Apple will keep the current crop of  four-inch iPhones (iPhone 5/5s/5c) on the market to cater to that demography. Optimally, Apple will give the iPhone 5s a specs upgrade.

If it doesn’t, the company will be essentially telling folks who are exclusively in the market for a four-inch iPhone to stick with last year’s iPhone 5s, and some could jump ship as a result.

Apple is surely aware of its dilemma.

Hence, I don’t see Tim Cook & Co. risk alienating the installed base of happy four-inch iPhone owners by forcing them to go 4.7/5.5 inches. Therefore, there should also be a 2014 edition of the iPhone 5s for the types who deem four inches the perfect smartphone size.

The 4.7-inch iPhone is expected to arrive in September, possibly on September 19. Its more sizable 5.5-inch counterpart is said to have been delayed over component issues as far as into early-2015.

As a side-note, one out of every three respondents in our non-scientific poll voted in favor of a 4.7-inch iPhone variant.

By some estimates, phones with screens measuring five or more inches diagonally comprise about one-third of all smartphones sold. Even though this isn’t what you’d call the vast majority, that’s clearly where the market is going and Apple is simply responding to the trend.

At any rate, that video is an interesting look at people’s reactions to the iPhone 6 dummy, wouldn’t you agree?