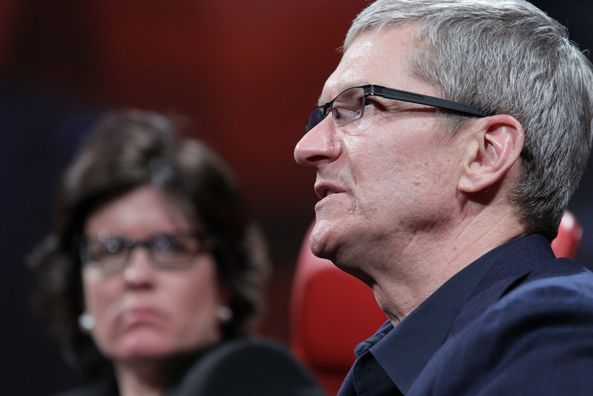 Just hours before the scheduled WWDC keynote at San Francisco’s Moscone West, the full video of Tim Cook’s interview with technology columnists Walt Mossberg and Kara Swisher at the D10: All Things Digital conference has been posted online…

Kara Swisher noted on AllThingsD, a blog ran by the Wall Street Journal newspaper that organizes the technology conference, that Cook’s appearance at D10 files as his “first extended public talk as the newish leader of perhaps the most important and definitely most influential company in tech”.

So, getting to see Cook in action is probably the most important part of this interview.

While clearly playing it close to the vest, he ranged over a wide number of topics, from secrecy at Apple (it’s now apparently been doubled!) to the iPhone to controversies in China to a possibly more social partnership with Facebook to more television efforts to, of course, the legacy of Apple’s co-founder Steve Jobs, who died last year.

The full 100-minute video includes the complete interview as well as a Q&A session.

The clip is available embedded right below and here.

A series of previously released snippets covered the most interesting tidbits, such as Jobs being an awesome flip-flopper, the complicated Apple-Facebook relationship, Apple doubling down on Siri and secrecy, the Apple TV hockey puck and Apple’s rumored television strides, patent wars being a “pain in the ass”, Apple’s manufacturing woes and the post-PC world and the tablet not being burden with the legacy of the PC.

The extended video no doubt contains a number of other quotes that we will be revisiting as the WWDC keynote winds down.

In the meantime, enjoy the video and note any interesting quotes you come across down in the comments.