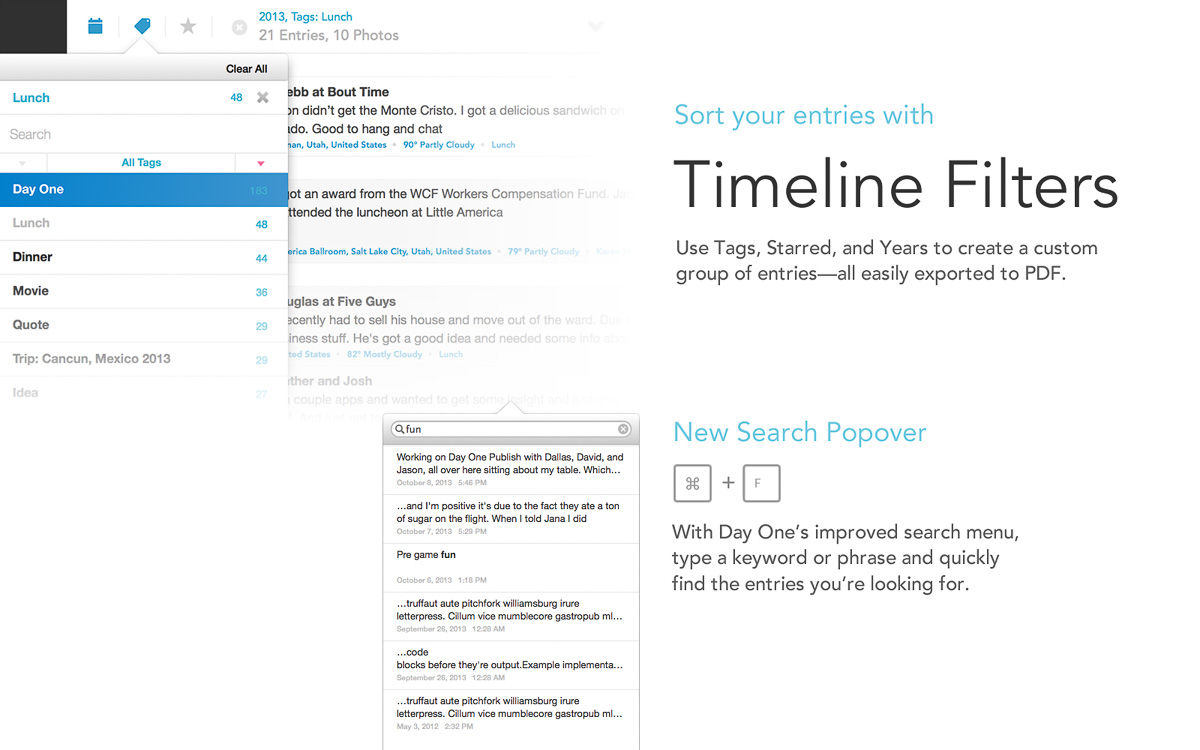 My favorite journaling app for iOS and OS X, Day One, has received a nice update today on the Mac side, bringing a couple improvements to the already well-rounded experience, along with a host of bug fixes.

The 2012 Mac App of the Year, Day One version 1.9.4 will now show your most recent entry location in the Map view by default. Your tags are now included in Momento text entry imports and there’s a “greatly improved search” for multi-byte characters, including Chinese, Japanese, Korean, Emoji and so forth.

This update is of course free for existing users. Day One for OS X is $9.99 in the Mac App Store…

In addition to the aforementioned new features and refinements, Day One 1.9.2 includes the following bug fixes:

In March 2014, developers added a new Publish feature to the iPhone edition which makes it easy to post your diary entries online. The following month, Publish has made its way into the iPad edition of Day One.

On the Mac side, Day One currently includes a Timeline filter for all Publish entries, as well as a link in the entry metadata to the Publish Page, as pictured below. 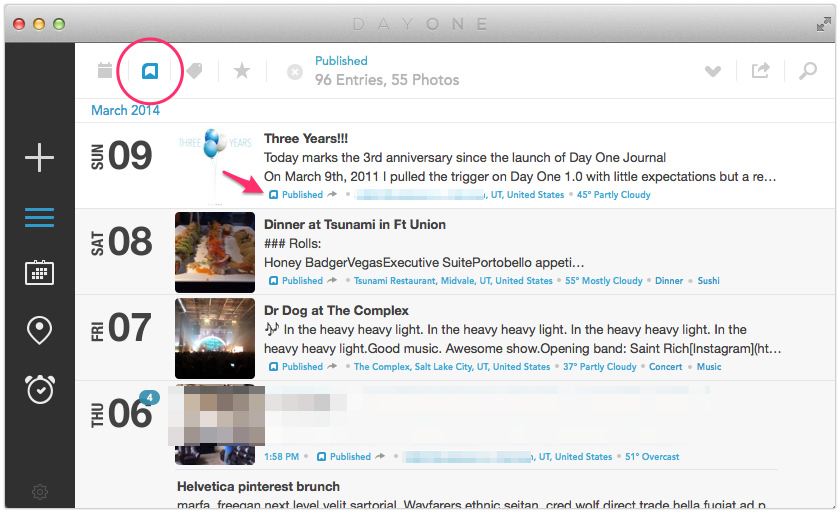 Additional improvements to Publish functionality on the Mac are expected in the future.

To learn more abut the software, check out the official website.