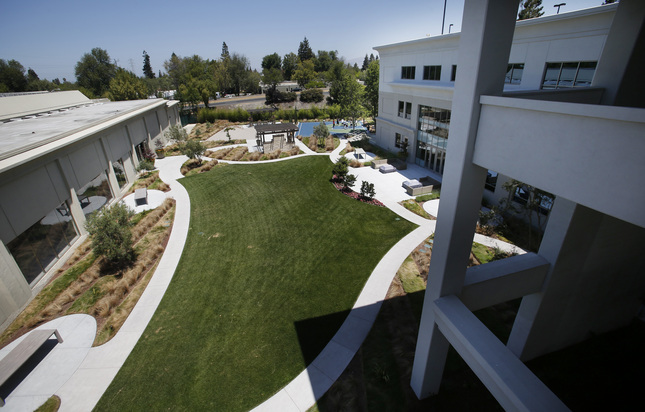 The San Jose Mercury News is reporting today that Apple plans to expand its operations into Sunnyvale, California. Citing city documents and sources familiar with the matter, the outlet says that the iPad-maker has agreed to lease a new campus in the Santa Clara city.

According to building permit applications, the agreement includes Sunnyvale Crossing, a 290,000 square foot complex with a total of 7 buildings. Apple is currently listed as a tenant in one of the facilities, and is expected to take over the remaining 6 structures very soon…

Here’s more from the San Jose Mercury News (via AppleInsider):

Apple has agreed to lease a seven-building campus in Sunnyvale where the tech giant could move about 1,450 workers, according to city documents and commercial property sources. The deal is the latest sign of a remarkable burst of expansion by Apple. […]

Documents on file with the city of Sunnyvale show that building permit applications have been filed for the seven buildings in the campus, which is being marketed by Cornish & Carey Commercial, a realty brokerage. Apple is listed on city records as the tenant in one 69,000-square-foot building at 120 San Gabriel Drive, but sources familiar with the property and Apple’s plans for the site say that Apple also plans to occupy the other six buildings.

This isn’t the first time that Apple has put up shop in Sunnyvale. In 2012, the company signed a lease in the city for a 4-building campus that now accommodates close to 1,300 employees. That same year, it began building a similar 6-building campus in Santa Clara, California.

Of course, today’s expansion news comes as Apple continues to build its gigantic ‘spaceship’ campus in Cupertino. It appears to be making good progress on the site, which will one day be home to some 12,000 employees, and Tim Cook says they’re aiming to move-in in 2016.