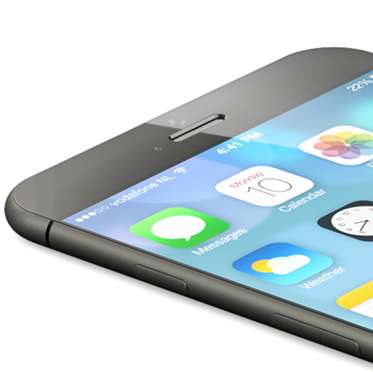 Although Samsung of South Korea should build Apple’s in-house designed A8 processor for the next iPhone and has remained the top iPad display supplier, it looks like the conglomerate won’t make it on the list of suppliers providing 4.7-inch display panels for the iPhone 6.

A new report by Taiwanese media alleges that Apple dropped both Samsung as Sharp as iPhone 6 display suppliers, instead adding Innolux as a third supplier of iPhone 6 screens..

Taiwan’s Economic Daily News [Google translate, via GforGames] reports that Apple was searching for a third supplier because it’s anticipating high demand for the handset.

The other two iPhone 6 suppliers are Japan Display and LG Display.

According to the Taiwanese media, Apple was in talks with Samsung, Sharp and Innolux, in order for one of these companies to be the third manufacturer producing the 4.7 inch panel of the iPhone 6.

Based on these latest reports however, Apple has decided to turn down Samsung and Sharp, and has chosen to stick with Innolux instead.

Innolux also provided display panels for the iPad 2 and iPad 3.

And why did Apple pass on Samsung?

Allegedly, because the firm is “too much of a direct competitor”. As for Sharp, its sample panels exhibited the Moiré effect so Apple had to temporarily exclude the Japanese giant from its supply chain for iPhone 6 screens.

The 4.7-inch iPhone 6 should launch in September.

A 5.5-inch variant of the iPhone 6 has allegedly been delayed until later in the year due to production problems stemming from the handset’s thin batteries and large display.

I’d take the Economic Daily News story with a grain of salt.

Taiwanese outlets are not the most reliable sources of information, the supply chain is a complex beast and Tim Cook cautioned us not to read too much into these reports, anyway.

Besides, it’s now come to light that Apple and Samsung are reportedly close to reaching an out of court settlement that would put an end to the dozens of patent lawsuits the two frenemies have filed against each other the world over.