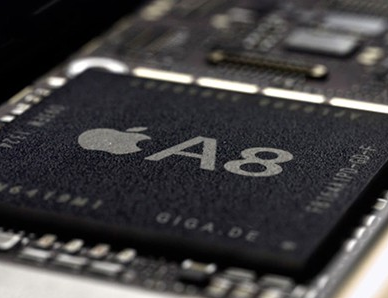 Shortly after Taiwan’s Commercial Times ran a story about Taiwan Semiconductor Manufacturing Company (TSMC) seemingly having started production of an upcoming Apple-designed A8 chip on an exclusive basis (as Samsung reportedly dropped out of the race due to yield issues), an unnamed Samsung executive in a defensive PR move took to blogs to argue that the rumor is greatly exaggerated.

Pouring cold water on the Commercial Times report, the Galaxy maker told ZDNet Korea (via GforGames) that the conglomerate has already signed a contract with Apple concerning next-generation A8 chip production. Moreover, the firm is currently in the final testing phases and is gearing up to kick off mass A8 production at its Austin, Texas facility.

An anonymous Samsung official told Korean media that the rumored yield issues have been greatly exaggerated. He went on to assure that Samsung is currently working to meet Apple’s demands in time.

The story suggests that mass production in Samsung’s Austin, Texas plant will commence soon as engineers from both companies are reportedly working together to ramp up production. Another insider told Korean media that the iPhone 6 will go on sale in the third quarter of the year.

The Commercial Times story from last week claimed rival TSMC had started churning out A8 chips, ahead of the next iPhone’s supposed Fall introduction. If there’s substance to today’s report, however, then it’s safe to assume that Apple’s A8 silicon is going to be in fact produced by both Samsung and TSMC, contrary to the previous rumors.

This doesn’t surprise me: the development jibes nicely with Apple’s strategy of commissioning multiple suppliers for the same part. This lets the firm mitigate risk and reduce its exposure to unforeseen circumstances, while at the same time pitting suppliers against each other in order to squeeze the most favorable pricing.

It’s interesting that another outlet, The Korea Times, said as far back as July of last year that Samsung would get to build the A9 processor for a 2015 iPhone.

It’s worth pointing out that The Wall Street Journal was the first major outlet to report last summer that Apple finally inked a deal with TSMC to produce the engine for the iPhone and iPad, after the world’s top independent semiconductor foundry had reportedly met Apple’s requirements for speed and power usage.