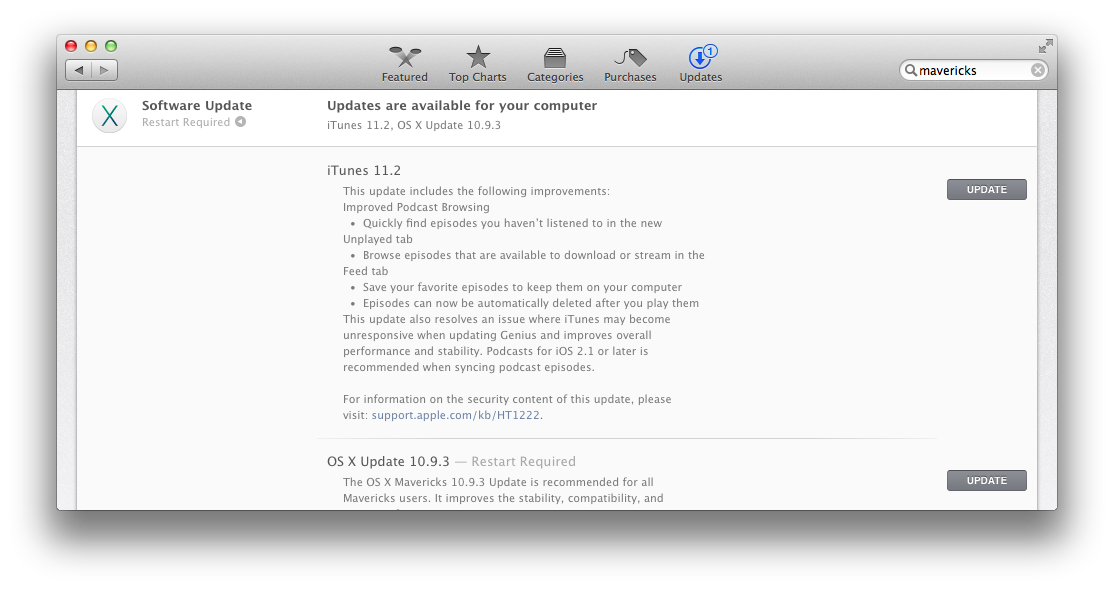 To go along with the just-released OS X Mavericks 10.9.3 Software Update, Apple has also issued a second major update to iTunes 11. The new version 11.2 is now available for download and includes several improvements to the in-app podcast browsing experience.

For starters, there are now all-new Unplayed and Feed tabs which collate episodes you haven’t listened to yet and new ones that have become available.

iTunes now lets you save a podcast episode to keep on your computer and resolves a few annoying issues, including one where Genius would hang when updating itself. Jump past the fold for the full breakdown…

I’m really glad that Apple has finally resolved an issue where iTunes would become unresponsive when updating Genius, which has happened to me on a regular basis. The update also improves overall performance and stability of the app.

Detailed information about the security content of this update can be found in Apple’s support document. iTunes 11.2 is available under the Updates tab in the Mac App Store.

The app can also be downloaded straight from Apple’s website.

Apple recommends folks use its own Podcasts for iOS 2.1 app when syncing episodes. Of course, power users typically bypass iTunes/Podcasts altogether and instead opt for some of the best third-party apps, such as Vemedio’s Instacast.

Have you noticed any new issues with iTunes 11.2?

If so, sound off down in the comments.