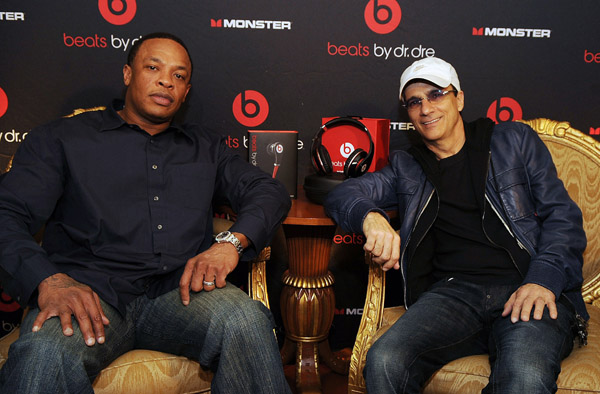 Since word got out last Thursday that Apple is in the final stages of purchasing Beats Electronics, it seems like everyone and their dog has written an op-ed on why Tim Cook and company would want to spend $3 billion on the headphone-maker.

While I normally love playing armchair analyst on topics like this, I’ve decided this time not to add to the noise. Instead, I’ve rounded up a handful of some of the better theories I’ve seen around the web on why an Apple-Beats deal makes any sense…

First, for a little context, the Financial Times reported last Thursday that Apple is very close to reaching a deal with Beats to acquire the company for $3.2 billion. It hasn’t been confirmed by either side yet, but several outlets have echoed the news.

The story caught everyone off guard, for a few reasons. For one, Apple hasn’t ever made an acquisition of this magnitude—it typically buys smaller companies. And two, few people valued Beats Electronics above $3 billion. So everyone is asking: why?

The Wall Street Journal’s Hannah Karp thinks it’s all about Beats Music. She says that Apple has been extremely reluctant to do a streaming music service, but with growing pressure from record labels and declining iTunes sales, it finally had to give in.

Some executives said they were surprised at Apple’s reluctance to take the plunge into subscription streaming earlier. Until now, the company’s decision to stay on the sidelines has been reminiscent of record companies’ resistance to downloading as music fans began sharing files on Napster and other such online platforms 15 years ago.

Recode’s Peter Kafka also believes Apple is interested in Beats Music, in the long term, but in the short term he really likes their hardware business. He points out that Beats has, for years, sold premium electronics in high volume—right up Apple’s alley.

The best way to think about Beats, for now, is as two separate deals. In one, Apple gets an electronics maker that has trained lots of people to spend money on headphones with high price tags, even though some audiophiles don’t think highly of them. Industry sources peg Beats’ electronics sales at more than $1 billion a year.

Marrying that business with Apple’s established design and product operation, overseen by Jonathan Ive, could give Apple a new series of product lines and/or new channels to push out new products like the rumored iWatch.

The iWatch is another popular factor brought up in Beats buyout theories. I particularly liked The Verge’s Sean Hollister’s take on the subject, as he opines that Beats could be the last key piece Apple needs to bring its high profile wearable to market.

What Apple needs to make a wearable product successful isn’t just superb technology, or fantastic manufacturing and distribution. The company’s core strengths aren’t enough. It would need the iWatch to be seen as a fashionable luxury product, one worn by influencers. Beats has those in spades. The streaming music deals may not transfer, but Apple could retain the celebrity cachet.

While Beats may not be as universally popular as Apple itself, it could do what one of the world’s most profitable companies might not risk on its own: convince people that a potentially controversial, optional piece of technology is worth spending top dollar to purchase. $3.2 billion may be a small sum when you consider the price of failure. My hunch is that if Apple is buying Beats, it’s because Apple is ready to announce the iWatch. It just needs Dr. Dre and Jimmy Iovine to wear one.

Speaking of Dre and Iovine, they are both rumored to be taking on senior roles at Apple following the Beats deal. While I don’t think for a second that these guys are worth $3 billion alone, it’s important to know the kinds of things they bring to the table.

Most of you probably know who Dr. Dre is. The rapper/producer has been involved in hundreds of hit records over the years, and is a major influence in music and other entertainment industries. And as for Jimmy Iovine, here is Buzzfeed’s Peter Lauria:

In recent years, Iovine, a lanky figure who often sports a baseball cap, has decreased his involvement at the labels he oversees in favor of more entrepreneurial activities. He was one of the first industry executives to anticipate the download business’s decline and advocate for subscription and streaming services as music’s future. According to the source, Apple is buying Beats in part to bring Iovine on board to “revamp and run its whole music strategy.” […]

In terms of persona, Iovine and Apple CEO Tim Cook couldn’t be more different. Cook is precise, measured, financially risk averse (except for the Beats deal, apparently), low-key, and soft-spoken. Iovine is none of those things. He is, in fact, almost precisely the opposite. Bred in Brooklyn, Iovine is streetwise, loud, and a creative risk-taker. He is, dare we say it, very much a Jobs-like character.

It’s worth mentioning again that the acquisition has not been confirmed by either company, but many believe that it could be announced as soon as this week. Perhaps then, we will finally get some insight into why Apple would value Beats so highly.

The Cupertino company doesn’t typically comment on buyouts, outside of its boiler plate statement ‘Apple buys smaller tech companies from time to time…’ But with this deal rumored to be worth $3.2 billion, it would certainly be expected to elaborate.