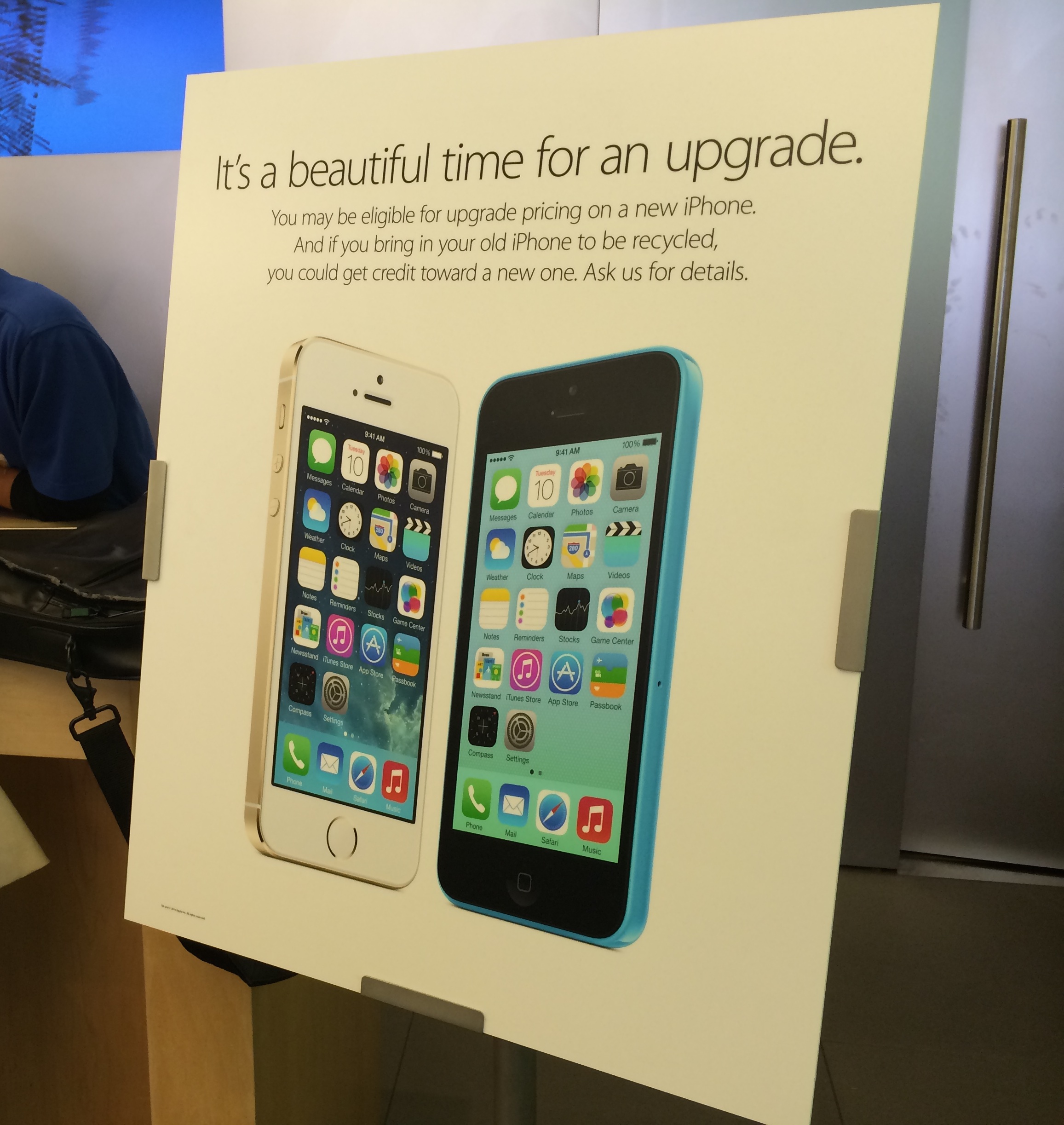 As rumored earlier in the week, Apple has kicked off a new in-store iPhone upgrade program today. The company has put up signs and other marketing materials in its retail stores, and has begun emailing customers with older model handsets.

The purpose of the event is to get those who still have an iPhone 4 or iPhone 4s into a 5s or 5c, as Apple attempts to move remaining stock ahead of the fall’s anticipated refresh. The company has even upped its trade-in offers to sweeten the deal…

9to5Mac has the report:

Apple is getting employees to check customers’ eligibility for an upgrade, inform them about the iPhone Reuse and Recycling program and push recently increased trade-in values for iPhone 4s and iPhone 4. Apple is now offering up to $99 for an iPhone 4 and $199 for an iPhone 4s. With that value put toward the purchase of a new iPhone 5s, Apple is promoting the deal as being able to upgrade to an iPhone 5s for as little as $0.

It’s worth noting that there are a number of deals going on right now for new iPhones. Best Buy is offering 50% discounts on the 5s and 5c through the weekend, and both RadioShack and Target are running similar promotions (with contract of course).

Again, the big push comes ahead of the next iPhone launch, which, according to recent reports, could happen as early as August. The so-called iPhone 6 is expected to be a significant update, with a new design and larger display likely to be in the cards.