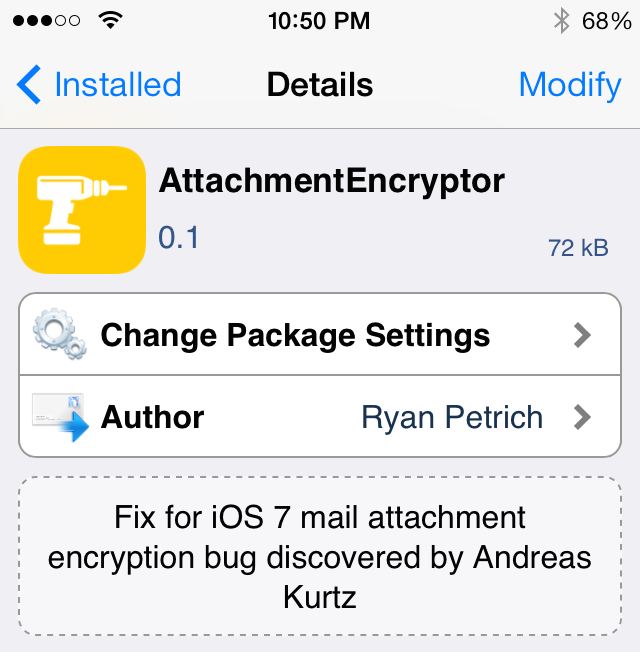 Earlier this week, word got out that there’s a gap in security in iOS. Security researcher Andreas Kurtz discovered  that all versions of iOS 7.1, and at least iOS 7.0.4, don’t encrypt email attachments.

Kurtz says that he has informed Apple of the bug, and they are working on a fix, but there’s no word when it will be available. Fortunately, the jailbreak community has a much faster response time…

Prominent jailbreak developer Ryan Petrich released ‘Attachment Encryptor’ this evening, a tweak that patches the aforementioned bug. All you have to do is install it and respring your iPhone or iPad.

The tweak is free, and available on Petrich’s beta repo. If you haven’t already, you can add the repo by navigating to the ‘Manage’ tab in Cydia, selecting Sources, Add, and entering http://rpetri.ch/repo/.