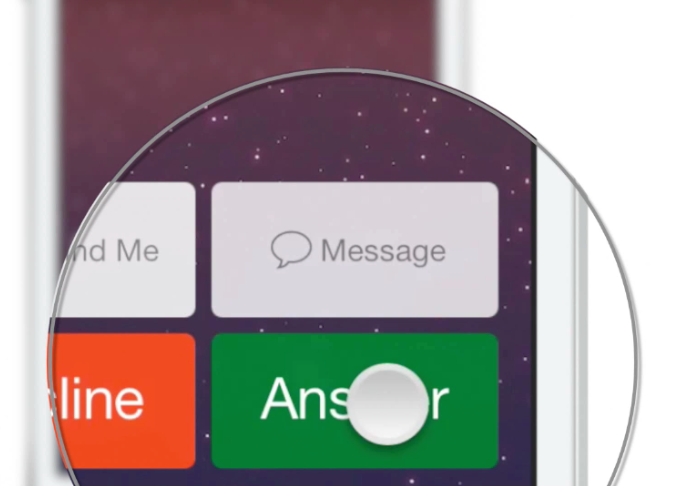 Every now and then I stumble upon a feature that I would like to have on the iPhone, but usually I end up forgetting about it, or just stashing it away for later. Sometimes, though, I get enough gumption to push for an idea to be brought to fruition. TypeStatus was a good example of that, and it turned out pretty well. Others haven’t turned out so well, but it doesn’t hurt to keep trying.

This latest concept is something that I’ve been marinating on for quite some time. It’s called Hold2Speak, and it allows you to answer a call directly in speaker phone mode by tapping and holding the Answer button. Normal taps on the Answer button would still use the headset as a means of communicating with the other party.

I’ve created a video walkthrough for the Hold2Speak concept. Would you consider using something like this? If the demand is high enough, perhaps one of the community’s developers wouldn’t mind taking on such a project. Check inside for the video and details.

Hold2Speak would be a very simple tweak, with no options to configure. I understand that an option exists in Settings > General > Accessibility > Incoming Calls to make the speaker phone the default for incoming calls, but that’s not what Hold2Speak does. Instead of making any predetermined decisions, Hold2Speak lets the recipient decide what to do with the call upon receipt. This allows one to see who’s calling before making a judgement on how to take the call. That’s the fundamental difference between this tweak and that stock option.

I should definitely mention that Joshua Tucker contributed to the finalization of the gesture. His reply on Twitter inspired me to see that the tap-and-hold route was probably the best way to go:

@JeffBenjam Could do a tap and drag to select, or even a tap and hold on the speaker to show the other options.

On the Lock screen, you can still use a tap-and-hold gesture even though there’s only one button. On the other hand, a reverse swipe gesture, a swipe from right to left, wouldn’t be all that bad either.

The question is, would you use such a feature? Better yet, do you even consider it to be useful? I know without a doubt that I would use this feature, likely on a daily basis. But if there’s not enough demand for the tweak, then I wouldn’t want a developer to spend his or her time just making it for me.

What do you think? Let me know what your opinions are about this concept down below in the comments.