Officially titled ‘Security Update 2014-002 1.0’, the download comes in at eighty megabytes and includes patches for Safari vulnerabilities and bug fixes for the rest of OS X.

Apple wholeheartedly recommends this OS X update for all OS X Mavericks users because it improves compatibility, stability and security of your computer. A reboot is required after applying the software…

Now available under the Updates tab in the Mac App Store, Security Update 2014-002 1.0 contains tons of bug fixes and improvements.

It also includes Safari 7.0.3 with the following fixes and new features:

Keep in mind that Apple actually released Safari 7.0.3 with all of the aforementioned improvements on April Fool’s Day, as a standalone update for OS X Mavericks systems.

There are some fine new Safari features in there, namely the ability to mute those pestering notifications from websites, as pictured below. 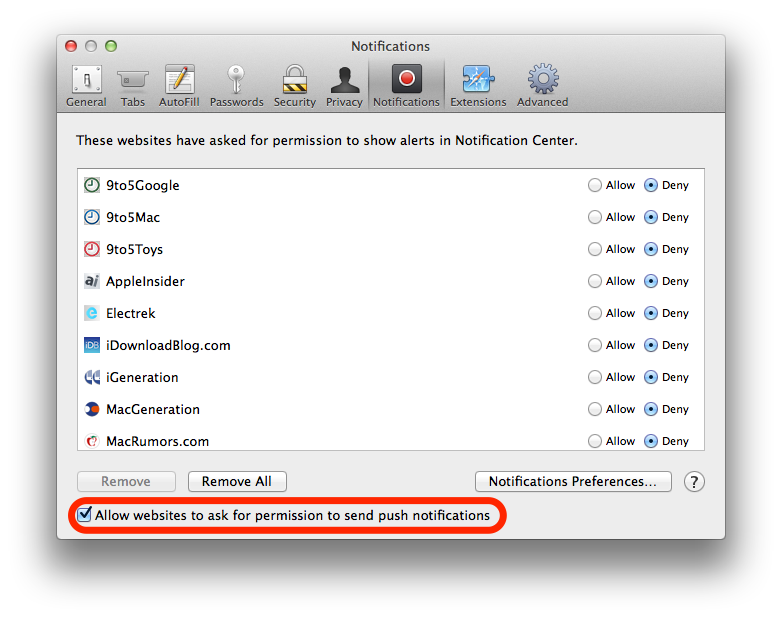 Let me just remind you that Apple back in February delivered a substantial update, OS X 10.9.2, which has squashed the nasty SSL bug, enabled FaceTime Audio on Macs and brought out other useful refinements.

It’s a good practice to perform a manual Time Machine backup prior to applying OS X software updates, just to be on the safe side in case something goes wrong.