Needless to say, those of you who rock a jailbroken iPhone, iPod touch or iPad are advised to hold off on upgrading to the new software until we’re able to confirm it won’t break your jailbreak…

According to the official changelog, iOS 7.1.1 – labeled as build 11D201 – contains improvements, bug fixes and security updates, including:

You can apply an over-the-air update by visiting iOS Settings > General > Software Update. From there, hit the Download and Install button and follow the instructions. You must be connected to a Wi-Fi network in order to download the update. 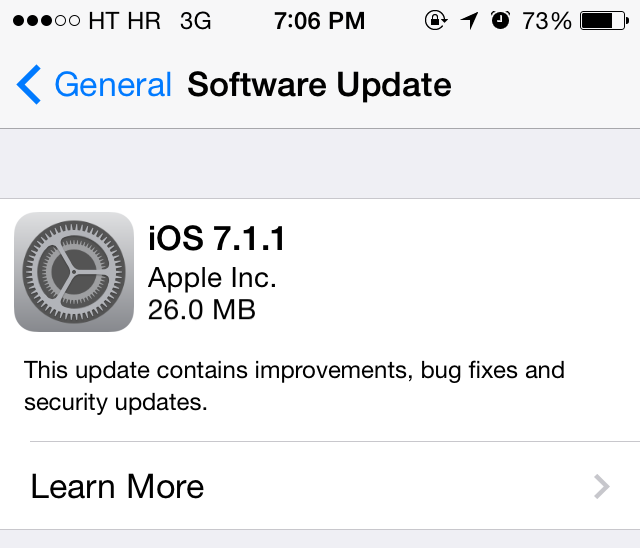 Alternatively, connect your iPhone, iPod touch or iPad via a USB cable to iTunes and apply the update using your Mac or Windows PC.

For me, the installer comes in at a rather paltry 26MB, but your mileage may vary depending on your device model and the version of iOS installed.

For detailed info on the security content of this update, check out this support doc.

A companion Apple TV 6.1.1 update is also available on your set-top box.

Safari now supports new top-level domains like .photo, .camera and more. Also, as a commenter pointed out (and proved me wrong in the process), the App Store in iOS 7.1.1 now appropriately labels items that contain In-App subscriptions. 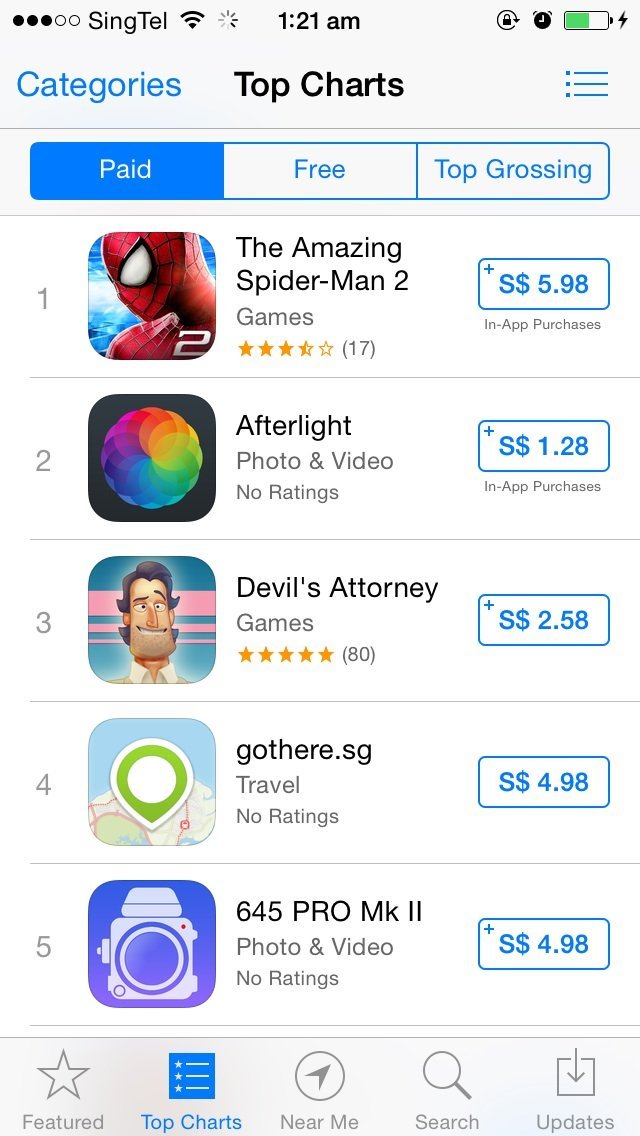 I originally assumed this was a backend iTunes update, but subsequent checks have confirmed that IAP labels show up in iOS 7.1.1 but not in iOS 7.1.

Should you spot other noteworthy improvements, please do share them with the community down in the comments and I’ll update the article accordingly.