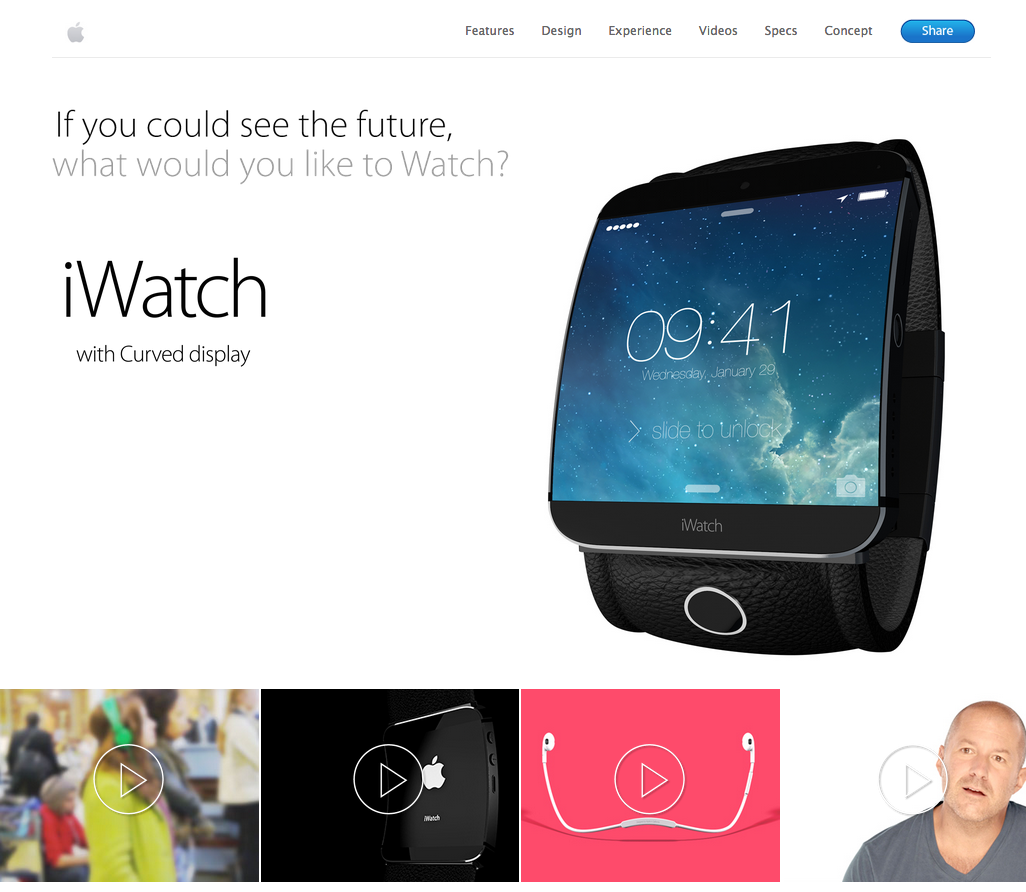 Is Apple about to enter the jewelry business? This obvious question comes to mind after realizing that the company’s own trademark for the Apple name now includes protection for jewelry, clocks and watches.

The wording leaves room for speculation that Apple’s rumored wearable device – which may or may not be a smartwatch per se – could at the very least include parts made of precious metals because what’s the alternative? Apple about to start selling necklaces, bracelets, rings, earrings and other pieces of jewelry in its stores?

UPDATE: the article has been updated to reflect that it’s ‘Apple’ trademark that now covers jewelry and watches, not ‘iWatch’ one. Kudos to MacRumors owner Arnold Kim who gave me a heads-up on Twitter.

While we can only speculate about Apple’s intentions, conventional wisdom suggests the move is aimed at protecting future products which may be classed as “jewelry, clocks and watches.”

As MacRumors reminds us, Class 14 covers certain aspects of the Apple name in certain territories, presumably to permit Apple to associate its brand name with watches and jewelry.

Although Tim Cook & Co. have filed for Class 14 certification of the ‘Apple’ name trademark in a number of countries in recent months, the firm is yet to “make the move in all countries where it operates, most notably the United States where the ‘Apple’ name is not currently covered under Class 14 at all,” MacRumors noted.

Another thing to consider: virtually every Apple product is aluminum made.

Now, Wikipedia classes aluminum as one of the precious metals despite it being the third most abundant element and most abundant metal in the Earth’s crust.

At least initially, “the great expense of refining the metal made the small available quantity of pure aluminium more valuable than gold,” according to an excerpt from Wikipedia.

That said, it’s entirely possible that the inclusion of Class 14 to ‘Apple’ trademark exists to cover future aluminum-made wearable devices from Apple.

Apple in past months has successfully obtained trademarks for ‘iWatch’ in several global markets, including such key countries as Russia, Turkey, Taiwan and Japan, in addition to a bunch of smaller ones like Colombia, Mexico, Ecuador and others.

Other expansions have come as part of larger filings, such as in Norway, where Apple in mid-February applied for increased protection in seven different classes including a significant list within Class 14.

And just last month that effort extended to the United Kingdom, where Apple filed to broaden its protections in over a dozen classes, including Class 14 for the first time there.

For what it’s worth, the iPhone maker did hire Paul Deneve, a former CEO of the luxury French fashion label Yves Saint Laurent, to work on special projects as its Vice President reporting to CEO Tim Cook.

Other leads are pointing to a Swiss-made iWatch amid talk that Apple’d approached some of the world’s finest watchsmiths like the watchmaking group LVMH to poach their talented employees.

You know how the saying goes: where there’s smoke, there’s clearly some fire.