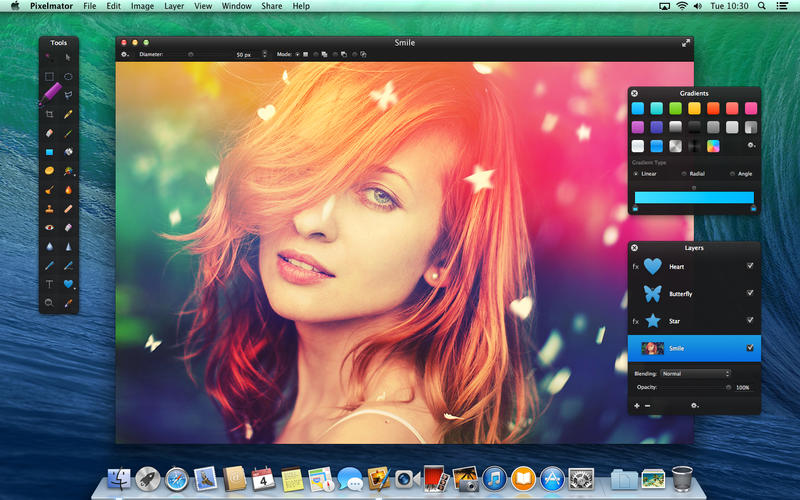 As Peter Cohen put it, Pixelmator is to Photoshop as Sketch 3 is to Adobe Illustrator and I couldn’t agree more.

I don’t use the most advanced Photoshop features and Pixelmator ($29.99 in the Mac App Store) has served me well as more than a very capable alternative to Adobe’s image editing application. I use Pixelmator on a daily basis to edit press photographs, optimize images for web distribution, touch up snaps taken on my iPhone, create various compositions, convert between different formats and what not.

After issuing a major 3.1 update back in January with Mac Pro GPU acceleration and other goodies, the team is now teasing another forthcoming update, this one code-named Sandstone…

Pixelmator 3.2 ‘Sandstone’ includes an all-new Repair tool that the team says taps “the latest breakthrough technologies” to let you remove dust, blemishes and entire objects from your images “with an unsurpassed level of precision and quality.”

Here, check out some of the goodies in the upcoming Pixelmator 3.2.

In addition to the new Repair tool, Pixelmator 3.2 will include other unspecified features and goodies.

The update is coming soon and will be free to those who previously purchased the software.

You can purchase Pixelmator in the Mac App Store.

Pixelmator normally costs $29.99, a fraction of the price of comparable image editing applications. Starting today, the team will be cutting the price in half so you’ll be able to pick up the app for just $14.99, which is a steal.

The promotion will run for the entire week.