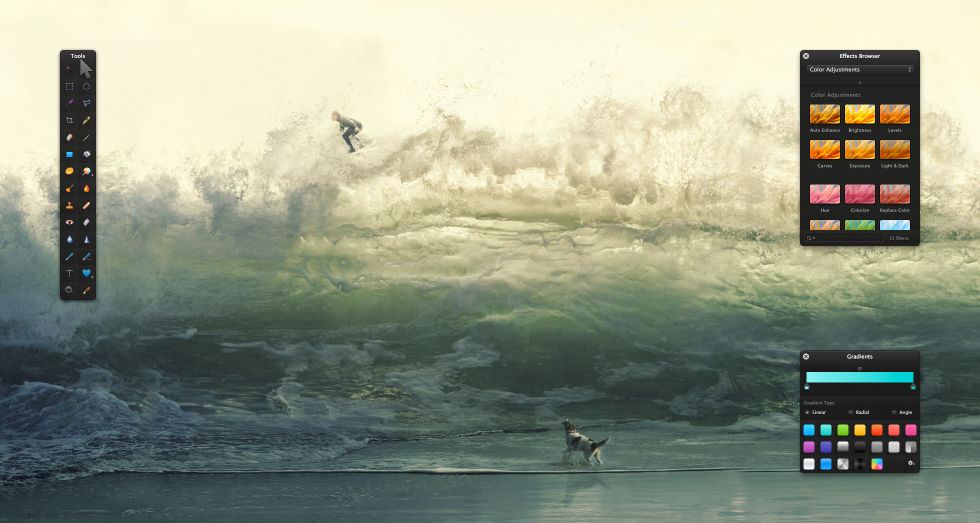 Pixelmator is my favorite Photoshop replacement and today’s 3.1 update code-named Marble brings a new Order Prints feature, full support for the Mac Pro and its dual-GPUs, including 16-bits per channel color image support, a few new effects, a number of improvements for Layer Styles, Type Tool and selections and a whole bunch of other minor refinements and bug fixes. The update is free for those who’ve purchased the app, a $29.99 download from the Mac App Store…

The new photo printing integration taps Pixelmator’s partnership with the MILK Print on Demand service to let you order fine-quality prints as postcards, notecards, gallery frames, or posters, at prices ranging from $15 to $125.

Of course, your prints get delivered right to your door.

A video of photo ordering in action is available via the Pixelmator blog.

If you own a new Mac Pro, you’ll benefit from Pixelmator’s full support for the dream machine’s dual-GPU architecture, including support for 16-bit per channel images. This allows for greater color accuracy when rendering effects, applying layer styles and performing just about any other touch up you can think of.

Pixelmator benefits from the Mac Pro’s increased memory bandwidth by computing image auto-saving in the background, while image composition is being rendered.

And thanks to optimizations made for all four-core, six-core, eight-core and twelve-core Intel Xeon processors, the app will handle zooming out handling and bitmap layer duplications faster than ever before.

Speaking of the effects, Pixelmator 3.1 has brought back the Mandala, City Lights and Color Hatch effects that were dropped during the transition to a new Effects Browser.

The official changelog lists dozens of other small tweaks and refinements.