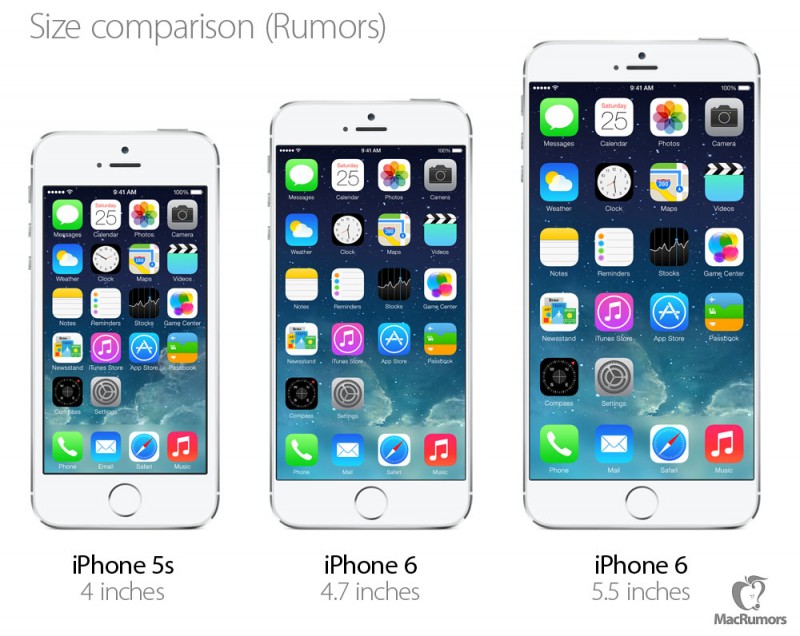 Japanese news outlet Nikkei threw its weight behind a popular rumor today, reporting that Apple’s next-gen iPhone will come in both 4.7- and 5.5-inch models. The theory that the company is working on two new larger-sized handsets has been reiterated several times over the past 6 months.

Citing sources within Apple’s supply chain, Nikkei says that manufacturers have already begun making components for the new smartphones, like fingerprint sensors and chips for liquid-crystal drivers, and Sharp, Japan Display and LG will begin mass-producing their panels as early as April…

Here’s more from the Nikkei report:

Manufacturers have apparently begun making such components as fingerprint sensors and chips for liquid-crystal drivers. Mass production of LCD panels will start as early as the April-June quarter at Sharp’s Kameyama factory, Japan Display’s Mobara plant, and at other facilities, according to sources. LG Electronics will supply panels as well. The new handset’s display resolution is expected to be significantly higher than that of current models.

A lot of the information here matches up with previous reports. Macotakara said last fall that LG Display would be making iPhone 6 display panels with a resolution of 1920×1080 and a ppi of 440. And earlier this month we heard a similar account from well-known supply chain insider Sonny Dickson.

We still know very little about Apple’s new handset, as details outside of the display have been fairly scarce and inconsistent. It’s believed to be slimmer than the current-gen model, with a refreshed design and an A8 processor, and other reports have called for an 8MP rear camera, 2GB of RAM and more.