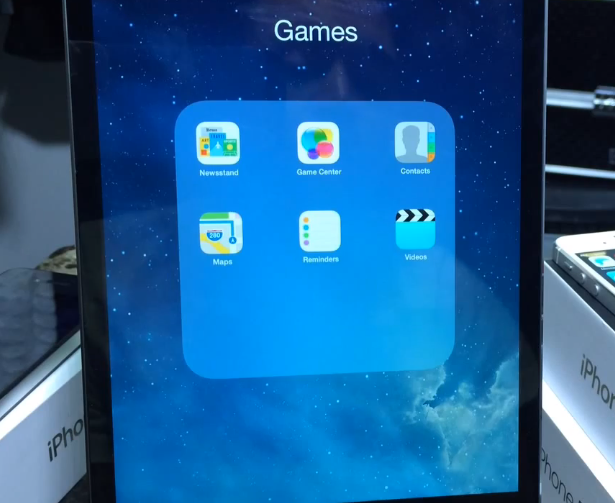 Folks who updated to iOS 7.1 earlier this month may be interested in this newly-discovered glitch that allows you to hide stock iOS apps. It’s very similar to last year’s Newsstand glitch, in that it involves a multi-step process and doesn’t [obviously] require a jailbreak.

The glitch is present on both iPhones and iPads, and is relatively easy to exploit. All you have to do, essentially, is create a folder full of apps you wish to hide, drop it in another folder, and then remove it. Interested? Keep reading for a full step-by-step video tutorial…

The video comes from YouTube channel iDeviceHelpus (via 9to5Mac):

So where do the apps go? No where. While they appear gone from your Home screen, they are still on your device, meaning this trick won’t free up any storage space. Also, the applications are only hidden temporarily, as a simple power off/restart causes them to reappear.

It’s worth noting that we haven’t tried this ourselves, as we don’t currently have access to an iOS 7.1 device. As most of you know, the update killed the evasi0n7 jailbreak, so we have thus far avoided it. Looking at the YouTube comments, though, it seems the trick works fine.

If you try it out, make sure to let us know how it goes in the comments below!