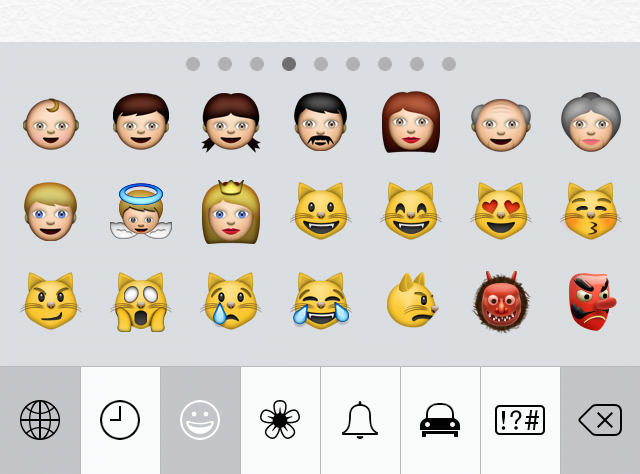 According to Apple’s VP of worldwide communications Katie Cotton, the company is looking to expand its emoji character set to include emojis that are non-caucasian. The spokeswoman recently provided a statement to MTV Act about the lack of diversity in the 400+ set.

In the statement, Cotton points out that there’s a universal lack of diversity in emojis, as the characters are based on the Unicode standard. But apparently Apple is working with the Unicode Consortium to update the standard by adding new, multicultural emoji characters…

Here’s Cotton’s statement to MTV Act (via The Verge):

“Tim forwarded your email to me. We agree with you. Our emoji characters are based on the Unicode standard, which is necessary for them to be displayed properly across many platforms. There needs to be more diversity in the emoji character set, and we have been working closely with the Unicode Consortium in an effort to update the standard.”

Emoji, which literally means ‘picture+letter,’ originated in Japan in the late 90’s and have since spread across the world. In 2008, hundreds of the characters were encoded into the Unicode standard, making them available to the likes of Apple and other device manufacturers.

The issue surrounding the lack of non-caucasian faces in emoji sets has been brought up several times over the years, including in tweets by celebrities like Miley Cyrus and Tahj Mowry. The complaints have thus far fallen on deaf ears, but Apple’s involvement could change that.

The last time the company added new emoji to its mobile platform was in iOS 6.