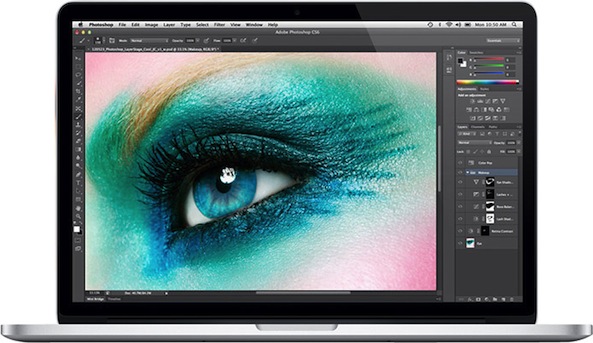 According to a forum post made by a reputable user on the Chinese website WeiPhone, Apple could release a new 12-inch MacBook in the near future. The slim notebook is expected to be released without a fan, and will feature a redesigned trackpad and Retina display. The all-new trackpad will lack a mechanical button for tactile clicking, leaving multi-touch gestures as the sole method of input.

This is the same user that leaked the 13-inch MacBook Pro with Retina display in the past, making this rumor slightly more credible. It also helps that well-connected KGI Securities analyst Ming-Chi Kuo already predicted last October that Apple will be launching a 12-inch MacBook Pro with Retina display at some point this year. The notebook will combine portability and productivity into one…

Kuo shared his thoughts on the 12-inch MacBook Pro at the time (per MacRumors):

We expect the unprecedented 12″ model will boast both the portability of the 11″ model, and productivity of the 13″ model. The high resolution display will also offer the outstanding visual experience of the Retina MacBook Pro. The offering will likely be lighter and slimmer than the existing MacBook Air to further highlight ease of portability in the cloud computing era.

The forum post also calls for updates to the MacBook Air in the near future, while a refresh to the MacBook Pro line is slated for November. Apple last released new MacBook Airs and MacBook Pros in June and October respectively, making both notebook lineups due for an upgrade. Just don’t expect the non-Retina MacBook Pro to be around much longer, as it is likely going the way of the iPad 2 soon.

Would a 12-inch MacBook be the perfect screen size for you?