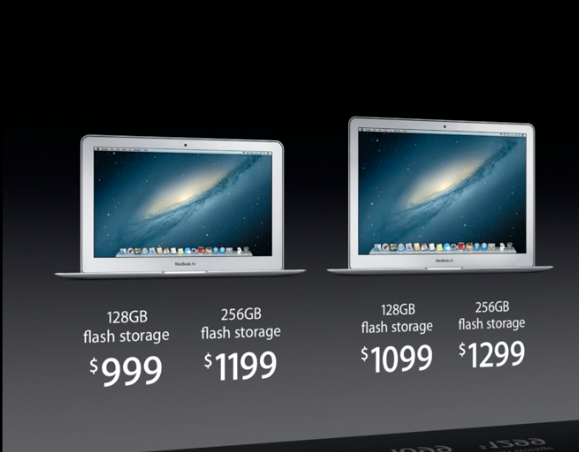 We had a feeling that Apple was going to be showing off some new Mac hardware today. And it did. After giving a preview of the new OS X Mavericks update, Craig Federighi brought up Apple’s marketing head Phil Schiller to talk about some new Macs.

First up, Schiller showed off some updated MacBook Airs. As expected, they’re sporting Intel’s new Haswell processors and other internal improvements that Apple says give it “all-day” battery life. Details on the Air and the stunning new MacBook Pro coming up…

With the new processors, Apple is promising 12 hours of battery life for the 13.3-inch model, and 9 hours for the 11.6-inch version, a significant upgrade from the 7/5 hours quote for last year’s Air models. They also feature support for 802.11ac Wi-Fi.

And as for the new Mac Pro, this thing is gorgeous. Before introducing the desktop, Schiller said something to the effect of “We don’t normally do this, but you guys are very special to us, so we’re going to show you something we’ve been working on.” 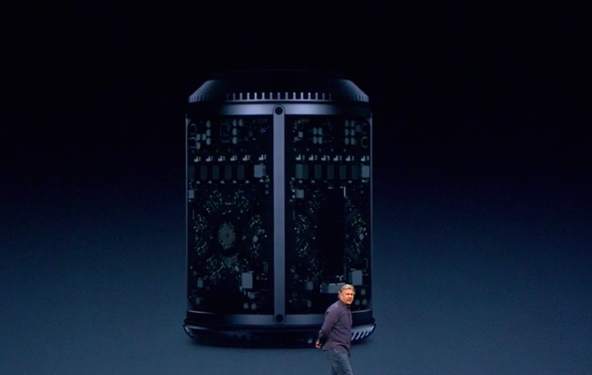 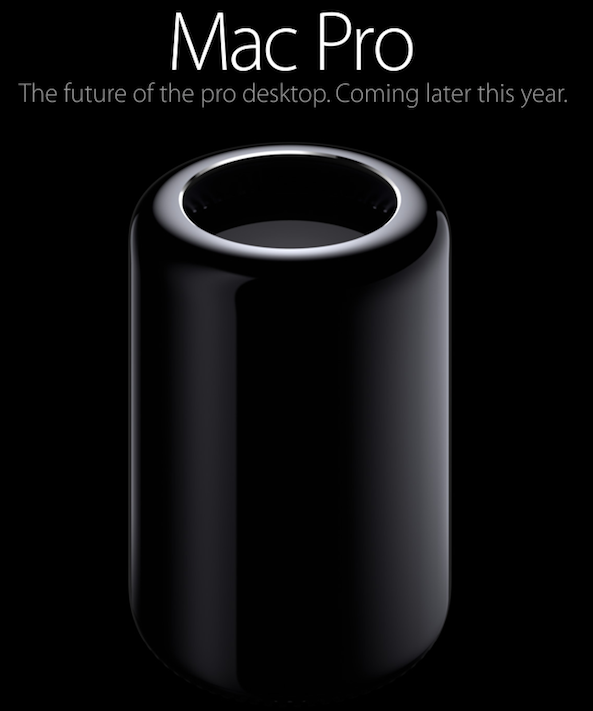 Apple’s long-awaited desktop refresh will be ready to ship this fall, and will come with next generation Intel Xeon processors, dual GPUs, Thunderbolt 2 ports, and flash storage. It’s an astonishing 1/8th the size of its predecessor and is being assembled in the U.S.