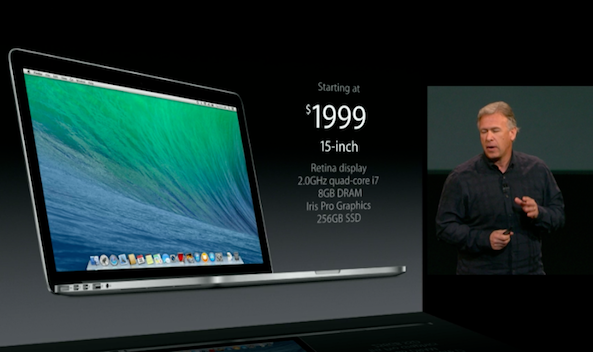 Apple continues to run through its iPad keynote, and now that Craig Federighi has announced that OS X Mavericks is going to be available as a free update, Phil Schiller has taken the stage to talk about the hardware that’ll run it.

Two new MacBook Pros have been introduced thus far, a 13-inch and a 15-inch. Both of them have been updated with Intel processing chips to increase performance and battery life, and both have received $200 price reductions… 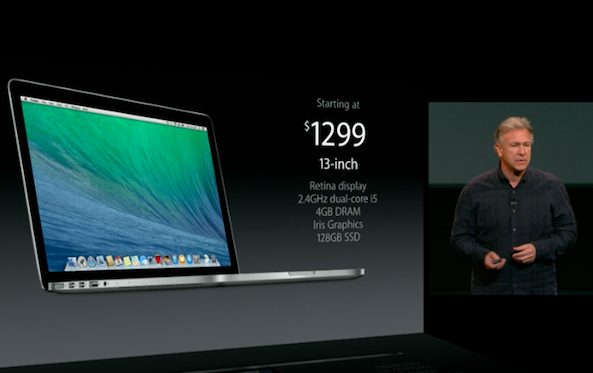 The new 13-inch model is thinner and lighter than before, measuring in at just 0.71 inches thick with a weight of 3.46 pounds. It’s also less expensive, starting at just $1299, though that comes with a smaller SSD drive than its predecessor.

Apple also announced an update for the 15-inch model, with the new Crystalwell integrated graphics chips and other performance enhancements. It’s also getting a significant discount, with a starting price of just $1999 ($200 less).

Both laptops are available for purchase today, and as expected, there was no mention of non-Retina laptop models.