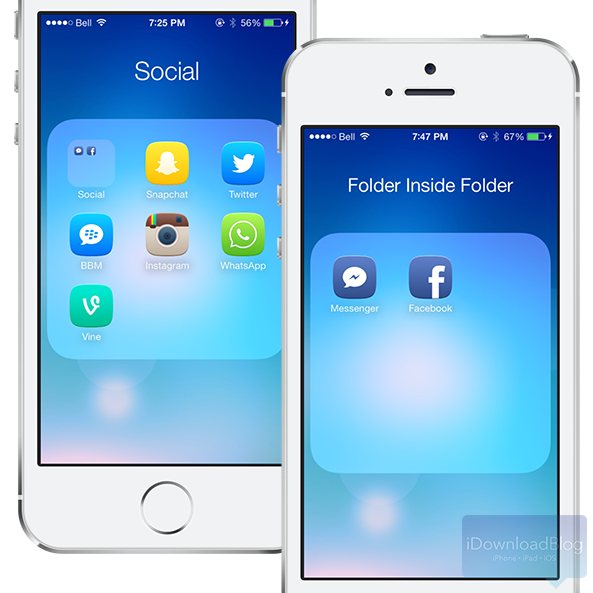 Just when the ability to create nested folders appeared to be removed from iOS 7.1, iPhone enthusiast Jose Rodriguez has revealed a simple new trick that allows you to once again place folders within folders on the latest software version. iDownloadBlog and multiple users confirm that this quick hack works as advertised on the iPhone, iPad and iPod touch running iOS 7.1. Instructions are outlined ahead…

Rodriquez has provided a few simple steps to place folders within folders:

Drag one app onto other app and, as soon as the animation for creating a folder starts, tap and drag any folder you want into the new opened folder. If you’re quick enough, the chosen folder will go into the new folder.

The best thing about this workaround is that it works on stock iOS devices, meaning that no jailbreak is required. Nested folders allow for you to better organize your Home screen with a basic filesystem of sorts. Just like Apple decided to finally allow Newsstand to be placed in a folder, hopefully the company will eventually allow for users to place folders within folders by default. For now, this trick will suffice.

Do you use nested folders?