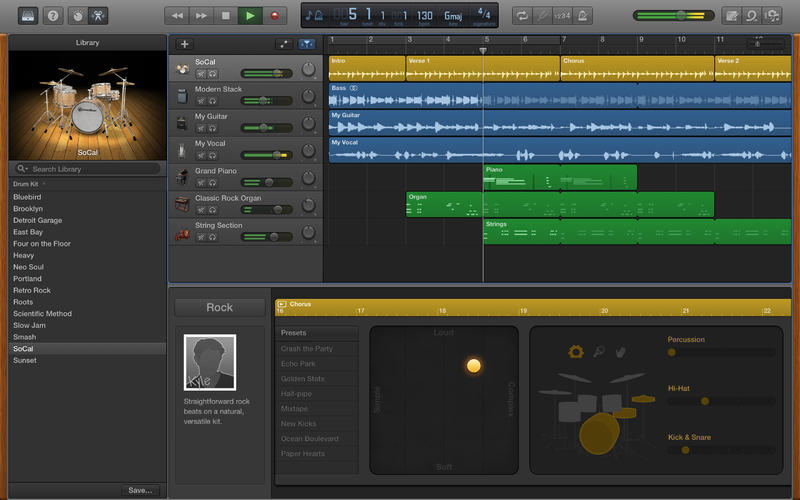 If you’re an aspiring musician and a user of Apple’s free music-making software for the Mac, you should know there’s a new GarageBand update sitting in the Mac App Store.

The free GarageBand version 10.0.2 edition contains multiple enhancements to Accessibility and adds the option to export a song as an MP3 file.

The latter is much welcomed as you were previously required to export songs as QuickTime or some other format and then use iTunes or a similar app to manually convert the digital file into the commonly used MP3 format. There are also some new Drummers, but more on that after the break…

Apple says that this version of GarageBand contains three new Drummers and drum kits from the rock, songwriter and R&B genres. For those unfamiliar the Drummer, it’s a cool tool which makes it easy to add realistic and “impeccably produced and performed” drum grooves to your song.

You basically choose among a bunch of virtual Drummers from several genres and add one to your song to generate realistic beats. Apple claims that each Drummer can perform over a million unique groove and fill combinations and there are options shape Drummers’ performances to add variety to your songs.

You can optionally get the complete set of GarageBand sounds, loops, and drummers, as well as access to the GarageBand Lesson Store, via a one-time $4.99 in-app purchase.