Building on previous reports, the Wall Street Journal is reporting that Amazon is set to begin shipping its long-awaited video-streaming device next month. The device will thrust the e-commerce giant into a highly competitive space occupied by Apple, Google and others.

Citing sources familiar with the product, the outlet claims that the device will carry a variety of apps available on Roku and Apple set-top boxes and run on a version of Google’s Android software. And like Amazon’s other hardware devices, it will likely carry the Fire brand…

The Journal’s Greg Bensinger has more:

“Pricing remains unclear, though the people familiar with the company’s plans said the device likely would come with incentives available to members of Amazon’s Prime streaming video and shipping program. Last week Amazon said it is increasing the price of Prime by $20 to $99 annually, in part because of the rising cost of acquiring video. […]

Amazon has distributed a pre-production version of its streaming device to select app developers, and has indicated it will carry the Fire name Amazon uses for Kindle tablet computers, these people said.”

Bensinger goes on to say that the device, which is believed to resemble Google’s Chromecast dongle, has been in development since April of last year. Apparently Amazon plans to ship it with a simple remote control, and will possibly sell a more advanced controller separately. 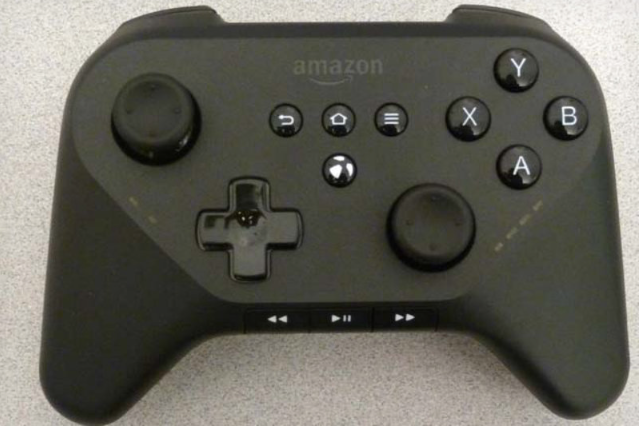 The above photo is one of several that were discovered in a filing on a Brazilian regulatory agency website—similar to our FCC—last week. As you can imagine, it has spawned speculation that Amazon has serious gaming ambitions, particularly after its purchase of Double Helix.

So I’m really anxious to see what Amazon has cooked up. The company will soon be competing toe-to-toe with Apple on every front— app store, media store, tablets, set-top box, streaming music service—except for smartphones, and honestly, I don’t imagine those are very far off.

Apple, for its part, is rumored to be readying a new version of its Apple TV, but we have yet to see anything materialize.